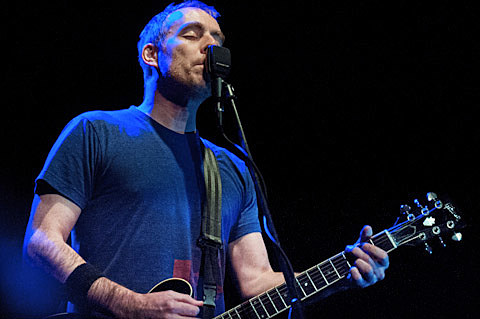 There are a lot of benefits happening to aid Hurricane Sandy relief, and all are very much needed. Many of them are happening at The Bell House as you may have read, such as " The Musical Extravaganza to Restore Red Hook!" which happens on Wednesday (11/21). WFMU's Tom Scharpling, friend to comedians and indie rock royalty both, has gone through his rolodex to put together a pretty killer benefit that will go down at The Bell House on December 7 and features Ted Leo & the Pharmacists, Chris Elliott, John Hodgman, Jon Benjamin, Julie Klausner, Andrew W.K. and "Surprise Guests!" Sometimes when people say "surprise guests" it means "we're still trying to book more acts" but in Scharpling's case it is likely to be the kind to get excited about. Tickets are on sale now and 100% of proceeds go to Occupy Sandy and Staten Island's Stephen Siller Foundation.

In related news, the night before the Bell House benefit (12/6) Chris Elliot will be performing with his comedian daughters Abby and Bridey at The Pit as part of Running Late with Marty Rogowsky. Tickets are on sale for that too. Additionally, fans of Mr. Elliot may already know that a DVD box set of his '90s cult TV show Get A Life came out back in September.

Ted Leo and Andrew W.K have a few other 2012 dates coming up (not together) and those are listed below.