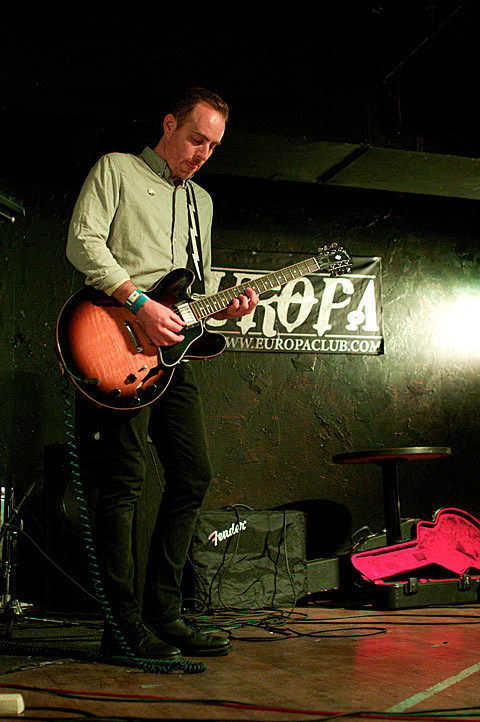 The "probably" has turned to "definitely". Ted writes:

So, before I bury the lede, as I too often do, let me just get this out of the way and say that YES - we are, in fact, going to celebrate the 10th anniversary of the release of "The Tyranny of Distance" by playing it in its entirety (along with probably quite a bit of stuff from all the other albums as well) on July 9, 2011 at this year's *FREE* outdoor summer show at South Street Seaport, Manhattan, NYC - the "kick off" show for the Voice's new 4Knots festival.
This is not a big nostalgia trip!
We're not doing it to place this in some sort of "classic albums" necropolis! We've been mostly on tour for the entire ten years since this album came out, and rarely has a night gone by that we haven't played at least a few songs from it - it's as alive to us now as it was when it was first released!
We (or "I") have never "broken up" and moved on to other things, so we're not getting back together to celebrate "what was" - this is and always has been our life, and we're celebrating a milestone in that life!
This is not a "victory lap!"
Not the time to take a bow - there's more work to do, and we have tours upon tours upon tours still ahead of us!
We're writing, planning, thinking, working, etc., every day.
What this is, more than anything, is kind of a way to say "Thanks" to everyone who's been there and come along or joined us since, and something immensely fun and gratifying for us, personally, to be able to do.
For a long time, I've tried to do a free outdoor show here at home, in New York City, every summer, and what this ALSO is, is the 10th anniversary of that beginning with a solo show I played at South Street Seaport (with the great Radio 4, who we spent so much time with in those days!), as part of what was then WFUV's summer music series, then, as now, put together by the inimitable Stephen Dima, and the convergence of those two anniversaries makes this a really important show for us.
To that end, we're F***ING PSYCHED to have our friends, The Screaming Females, join us! Over this most RECENT year, they've become one of the biggest influences on OUR lives - giving us a constant source of inspiration and companionship and reminding us about what it was like for US ten years ago and why we started doing this in the first place and what it is that's kept us on this road the whole time.
I've got a lot more to say about this show, and The Tyranny of Distance, and the whole last ten years, and I'll amend this post as the day goes on, and probably all throughout next week. I'll announce those amendments and addenda on Twitter, but also, check back here if you want!
Still writing - more to come...