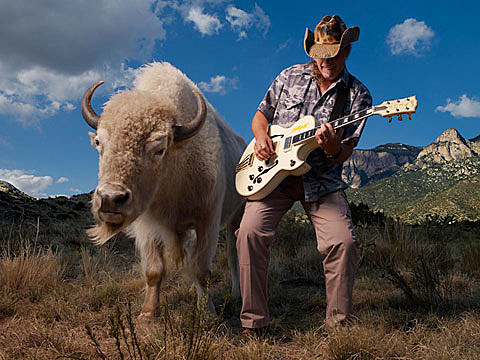 "...By no stretch of the imagination did I ever threaten anyone's life, or hint of violence or mayhem. Metaphors needn't be explained to educated people.

I passionately rallied the American civilian troops to stand up for what is right and demand that the U.S. Constitution and Bill of Rights be once again the measure of all laws and policies in America.

Then in their ever-desperate scramble to divert attention from the crimes of their communist leaders, the Saul Alinsky "Rules for Radicals" left-wing media and terminally liberal Democrats circled their battlewagons of deceit and hate and unleashed their tsunami of lies about me and everything I said.

To me, my family and thinking America, the dysfunctional left-wing hate hysteria was laughable. I became the No. 1 global tweet entity, while every newspaper and America-hating television and radio gang literally tripped over themselves in a feeble attempt to out-lie each other.

I personally have never been prouder. If my daily activities and simple statements of truth and logic can cause such bizarre overreaction by so many, I need no more evidence that I am on the right track. When doing God's work, the devils go bonzo. So be it.

I stand by my statements. The line is drawn in the American sand. I stand with patriots who love this country. We wake up early every day to put our hearts and souls into being assets for America, our fellow Americans, the people of the world and the good earth.

Those who despise me blindly chant Mao Zedong and Che Guevara rants, and the difference between our good and their bad is glaring.

Choose your side carefully, America. The shining city on the hill is under attack from within. [Ted Nugent in the Washington Times (via)]

Ted is heading out on tour with STYX & REO Speedwagon this summer, and hitting the Borgata in Atlantic City along the way.