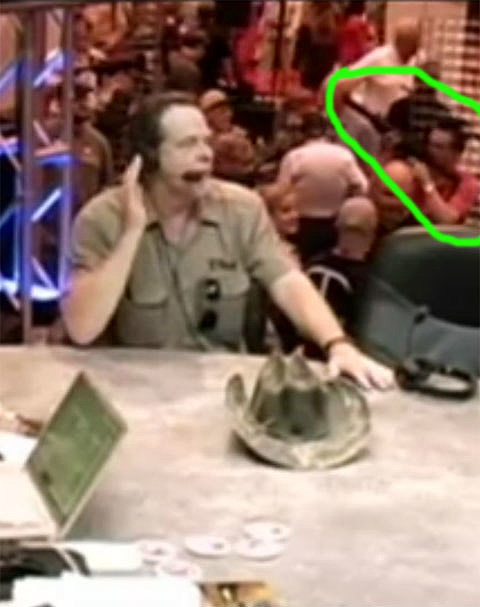 "Rocker Ted Nugent said Wednesday he is scheduled to talk with the Secret Service following controversial remarks he made about President Obama and his administration.

He also said that if Obama is re-elected, "I will either be dead or in jail by this time next year."

The Secret Service said Wednesday the agency is aware of the comments, but would not say whether Nugent will be interviewed about them.
Nugent, who said his comments were not a call to violence, said on Glenn Beck's radio show that he will meet with agents Thursday. [Fox News]

Romney, who Ted is/was rooting for, hasn't called out Ted by name, but Reuters reports, "Republican candidate Mitt Romney's campaign called for civility on Tuesday after aging rock star Ted Nugent made an apparent threat against President Barack Obama before an audience of U.S. gun lobbyists."

Watch Ted rant in the video (the source of the above picture and quotes), below...