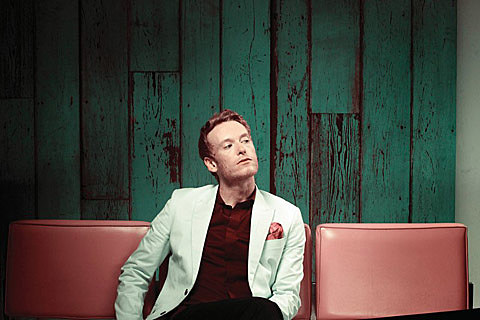 Goldenplec: Your first album hit the shelves over ten years ago, now on his fifth album how different are they?

Teddy Thompson: I feel like they change a lot every time, I mean, I'm one of those people who is unhappy with everything I do as soon as I've done it. And the longer that goes by, the harder it is for me to look at it and be pleased at all. So, even they one before this, I listen to it and I go 'Ooh I didn't get that quite right, This one's much better.

Goldenplec: So it that a sign of being a perfectionist or striving for something more each time?

Teddy Thompson: Yeah, It's being a perfectionist. For a long time I thought being a perfectionist meant that you did things perfectly (laughs). Then I found out that that's not what being a perfectionist is at all, it's somebody that's just unhappy with what they've done and wants to get it perfect but often, most of the time, feels like they don't get close. But it can work that way too, it makes you strive for something better each time, so it's a useful thing. I think the longer you go, like it's ten years now, I can listen to my first record and not be unhappy, be kind of embarrassed but I can find good moments in it because it seems like so long ago.

Teddy Thompson welcomes Bella into the world on February 8th, his new-and-fifth LP produced by David Kahne (The Strokes, Regina Spektor, Paul McCartney). A month later, Thompson will play a pair of headlining NYC shows in support of the release before heading out on a much bigger jaunt with the Old 97s. First on the docket is a Bella album release party, scheduled for City Winery on March 18th. Tickets are on sale. Then, one week later he's at the Rubin Museum. March 25th tickets are also on sale.

The Old 97s, who released new albums and played NYC shows in December, don't have any more NYC dates scheduled at the moment, but their frontman Rhett Miller does. You can catch Rhett this Friday, February 4th, at City Winery with Julia Haltigan. He also plays a week later at Infinity Music Hall in CT. All dates are listed below.

"Maybe I have, I would like to think that I have. [Rufus has] certainly influenced me. He was further along than I was when we met, already had a record deal, was making a record and was very confident. Fully formed within himself, I was still figuring out what I was doing and he certainly helped me. And Martha, I just find generally inspiring, especially when you see her live. She's a reminder of how to give it all on stage when you're feeling a bit safe or lazy or something. Then you see Martha play.' "

Maybe you saw Martha play at one of four shows she just did at Rockwood Music Hall (the most recent one was this past Monday). Her upcoming dates include California and Australia. Rufus meanwhile is prepping for his opera Prima Donna to have its NY premiere at City Opera in the spring of 2012, and a 5-night London residency this July.

All Teddy & Rhett dates and some videos below...