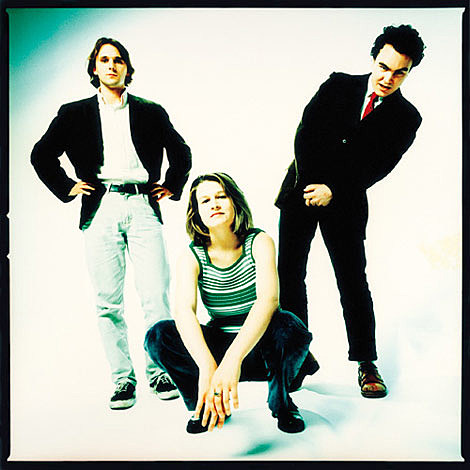 Teen Beat Records is celebrating its 26th year of existence and in celebration, label founder Mark Robinson is getting the old band back together -- Unrest -- for a reunion tour, their first in 15 years.* The trio, including Bridget Cross and Phil Krauth, will play six East Coast shows, including two in the NYC area: July 7 at Maxwell's (tickets), and July 9 at the Bell House (tickets).

Robinson has had a number of bands since -- Air Miami, Flin Flon, Grenadine and, most recently Cotton Candy -- but Unrest is probably the band that people hold a special affection for. Formed while Robinson was still in high school, Unrest had its foundations in the DC hardcore scene but by the time Cross joined on bass/vocals in 1990, the band seemed to draw most of its influences from Factory Records and the C-86 scene. The band's finest moment, 1992's Imperial F.F.R.R., was tuneful, smart, funny, sexy and self-aware. You can download "Cherry Cream On" from it at the top of this post. The album's getting reissued on vinyl for this 26th Anniversary. Unrest broke up in 1994 and have only played once since -- at the Teen Beat 20th Anniversary show in 2005, though both Robinson and Krauth played on Cross' 2008 solo endeavor, Maybe It's Reno.

In addition to Unrest, the Teen Beat 26th Anniversary shows all have other bands from the label's history playing. Maxwell's will get The Ropers (who played last year's Slumberland anniversary shows) and former Aden guitarist Kevin Barker who now records as Curritruck Co.

The Bell House show is kind of a Teen Beat wet dream, with Versus (whose new album is due out on Merge sometime this year) also on the bill. Additionally we get a reformed, original line-up Rondelles, the criminally underrated late '90s band who played punky new wave in their teens in Albequerque, NM before moving to DC -- they had records out on Smells Like and K as well.

There's also a rare border crossing (and rare performance in general) from Vancouver, Canada's mercurial pop whiz Bossanova, whose 2006 debut on Teen Beat is kind of a lost gem. (Check out "Calvary" at the top of this post.) Robinson will perform double duty, also playing with Cotton Candy, the duo he formed with wife, Evelyn Hurley, who are an amusing mix of indie rock, performance art and late '70s commercial jingles.

Other shows on the tour will feature other Teen Beat acts, and the July 10 show at the Black Cat in DC will feature mini-sets from two seperate early Unrest line-ups. All tour dates and line-ups for each show, plus flyers and video are after the jump. 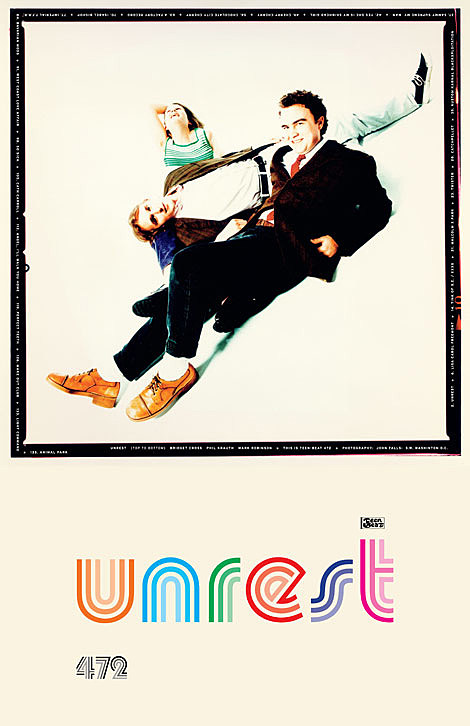 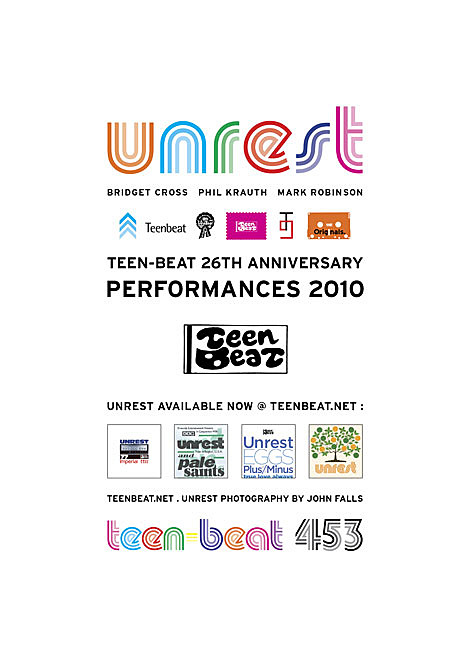