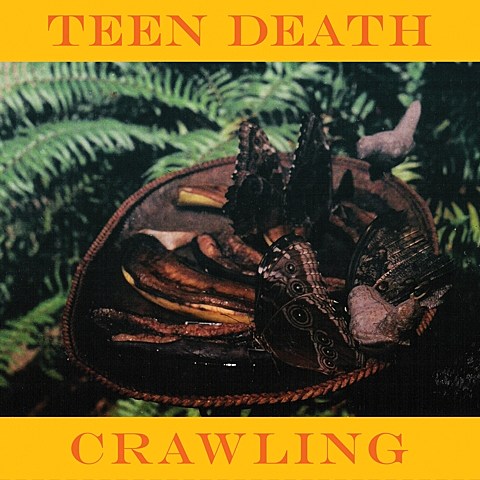 Richmond, VA punks Teen Death recently signed to 6131 Records (formerly home to Touche Amore and Joyce Manor) and will release their debut EP, Crawling, on the label. It was recorded by Kevin Bernsten (Pianos Become the Teeth, Full of Hell) and will be out September 16. Teen Death sound like they've thrown Nirvana, Weezer, and Dillinger Four into a blender and have come out with a mix that's not shy about it's influences but fun as hell to listen to. We've got the premiere of brand new single "Friends," which you can listen to, along with previous single "I'm Crawling," below.

Their only upcoming dates at the moment are hometown festival Fall Line Fest and another hometown show this month with Hold Tight!, Nona and Lilac Daze, which is a pretty perfect lineup to see them with. No NYC date at the moment, but hopefully one's coming soon.