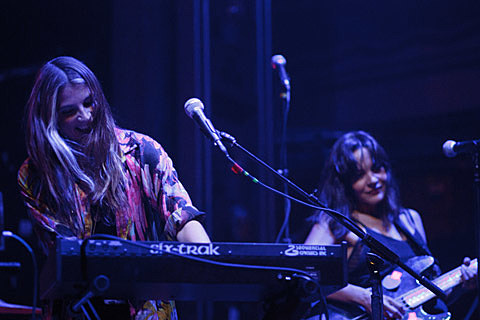 Brooklyn's TEEN are going on the road this month, and part of that trip will be spent opening on Memory Tapes' tour, including the previously-announced Glasslands show on February 6 to which tickets are still available. (Denitia and Sene have been added to that show as well.) They'll then do a few dates on their own before heading back to the NYC area to open The Thermals show at Maxwell's on March 9 . Tickets are still available for that show as well. All TEEN tour dates are listed below.

To hype you up for their upcoming jaunt, TEEN have let loose a previously-unreleased instrumental, "Ambient," which you can download above or stream below.