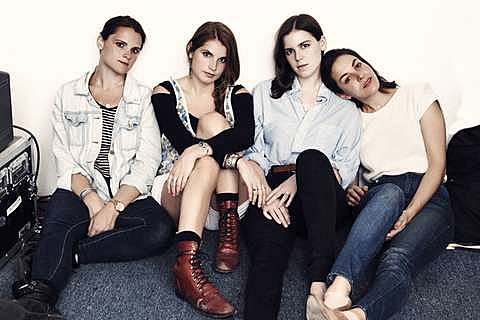 As mentioned before, Brooklyn band TEEN will release their debut album via Carpark on August 28. A second track from the album, "Electric," has now been made available to download which you can do above. The band have also put together a "Rumbelette Mixtape" that features Pavement and Rickie Lee Jones covers, as well as pairing themselves with Aphex Twin and Outkast. You can download that above or stream it below.

The band just played a couple NYC shows (anybody go see them at Union Pool?) and their next local show is a record release party for their debut on September 5 at Glasslands with Acrylics and Bizi Gara. Tickets are on sale now.

TEEN will then open for Ariel Pink at Webster Hall on September 14 and then head out on tour with Hospitality (no New York shows though). All tour dates are listed below.