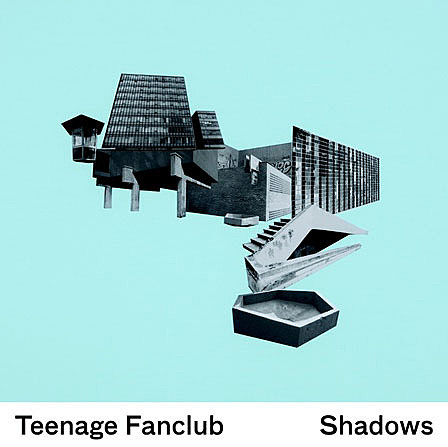 "Dogged adherents of the "if it ain't broke" philosophy of music, the Glaswegian quartet have been plying their own brand of harmony-laden guitar pop for two decades and little changes here. Pedestrian? Yes. Derivative? Certainly. But an alchemy exists within the band allowing them to find something newly life-affirming in the most well-worn elements of their Byrds-indebted sound. Current single "Baby Lee" might be twee but boasts a melody so sunny it could persuade grown men to skip down the street. And among this record's bittersweet pleasures, drowsy closer "Today Never Ends" is porch music of a timeless kind." [Guardian]

Teenage Fanclub's new album, Shadows, was just released overseas in Europe (where they're touring at the moment in support of it). Merge Records puts the album out in the U.S., on June 8th (the last day of their UK tour). Download "Baby Lee" for free above.

In July and August, Teenage Fanclub will play some European festivals. In December they play the Belle & Sebastian-curated "Bowlie 2" ATP in Minehead. Before that they join their fellow Scots for a show in Brooklyn (and maybe a TBA tour?).

As promised, Belle & Sebastian are coming. They play the Williamsburg Waterfront in Brooklyn on September 30th with Teenage Fanclub. Tickets go on sale Friday at noon.

Anonymous pointed out that Matador is hosting their 21st anniversary festival in Las Vegas from October 1-3. That makes it seem very likely that Belle & Sebastian will play that too while they're visiting. Las Vegas Weekly reports...

...the host venue appears to be the Pearl at the Palms, according to a source with inside knowledge. And, yes, Pavement is set to headline, a figure close to the band has confirmed; the just-reunited '90s alt-luminaries play LA's Hollywood Bowl on Thursday, September 30, and will perform in Vegas that weekend... Oh, also on that Hollywood Bowl bill? The legendary Sonic Youth, whose latest album, 2009's The Eternal, was released by, ahem, Matador Records. Hmm...