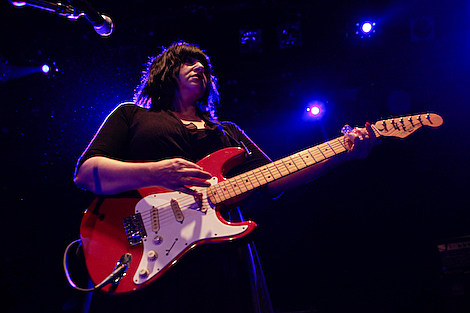 LA Record (via): When Teenage Jesus and the Jerks played in New York City last year, it was always set up as a one-shot deal. Yet here we are.

Lydia Lunch (vocals/guitar): I never thought I would have done reunions--it's ridiculous to me. It's Thurston Moore that's to be blamed with his no wave book that he put out last year. A few months before it was coming out he was actually in Barcelona on my couch and he turned to me and said, 'Well, what about a Teenage Jesus reunion?' I said, 'What about the fact that they're all dead except for Sclavunos? Are you ready to take the wrath of the wire coat hanger and play bass?' And he jumped up and down and said, 'Yes!' So that's how Teenage Jesus got together in the beginning. He decided he'd go under the coat hanger so we did the New York show and then we developed All Tomorrow's Parties. I guess the final nail in the coffin for the next couple of shows was based in the fact that in Montreal there's something called a Pop Symposium--they invited me last year with my multimedia thing and then they got the snifter of Teenage Jesus and they were so kind and I said, 'Well, I'm not going all the way to the States for one fucking show--I don't even want to come there for five shows!' Also the fact that I knew Thurston couldn't do it and so my favorite bass player in the world must be Algis Kizys from the Swans and he's doing it. This is what you get in L.A.--Jim Sclavunos, the original bass player, now on drums and Algis Kizys from Swans on bass--how could I say no? Mostly to me, it's kind of ridiculous. It's absurdist and I've always been absurd anyway. I've always considered myself a Dadaist and it's the most Dada fucking music, and it must be the most Dada idea that 30 years later we're doing this. One of the reasons is there is still not enough women playing ugly fucking music as a counter to all these pop princesses.

Teenage Jesus and the Jerks returned over the weekend to headline the third and final night of the WFMU Festival at Music Hall of Williamsburg (10/3). Drunkdriver, Sightings, and Talk Normal were also on the bill.

One night later Lydia Lunch joined JG Thirwell and a bunch of pop princesses for a benefit show at Carnegie Hall.

One night earlier (Friday), Pissed Jeans headlined WFMU Fest. Faust were the night before that (Thursday). More pictures from Saturday, below... 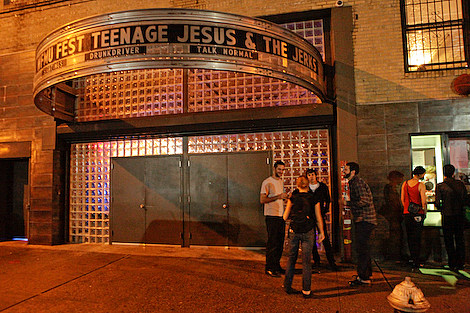 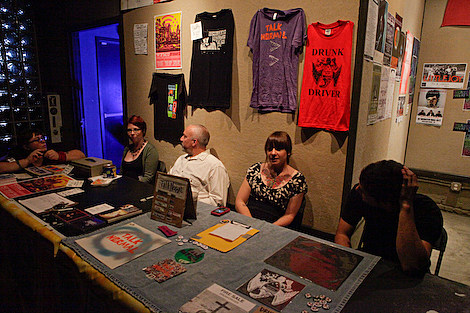 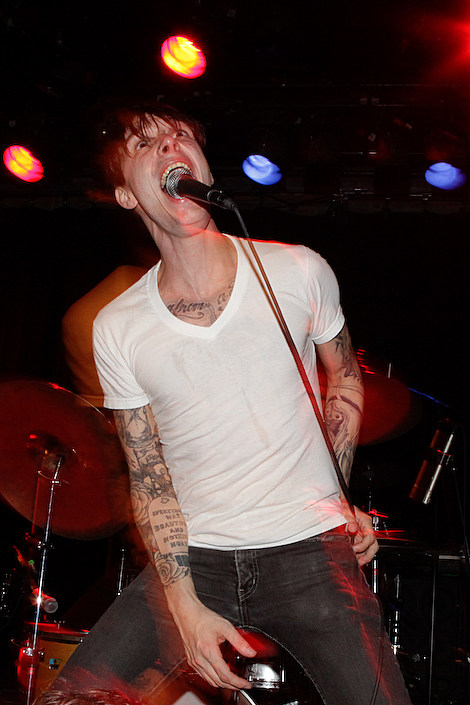 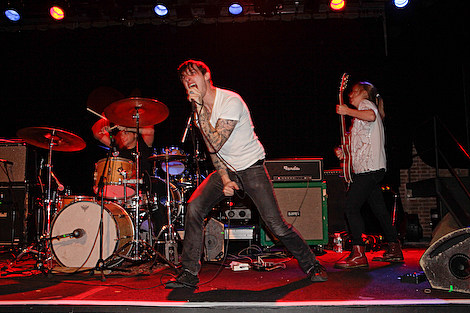 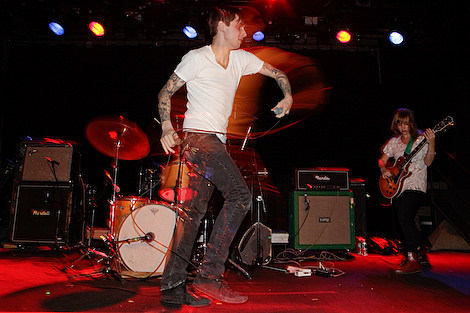 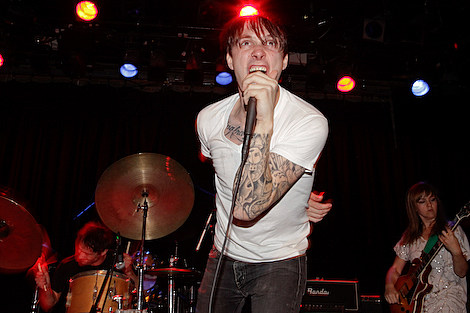 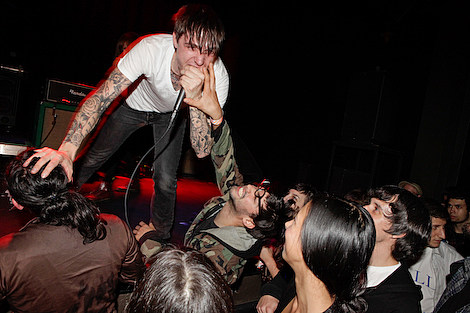 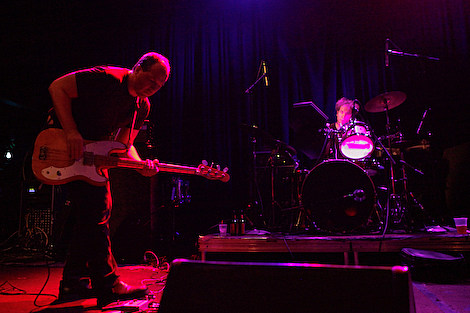 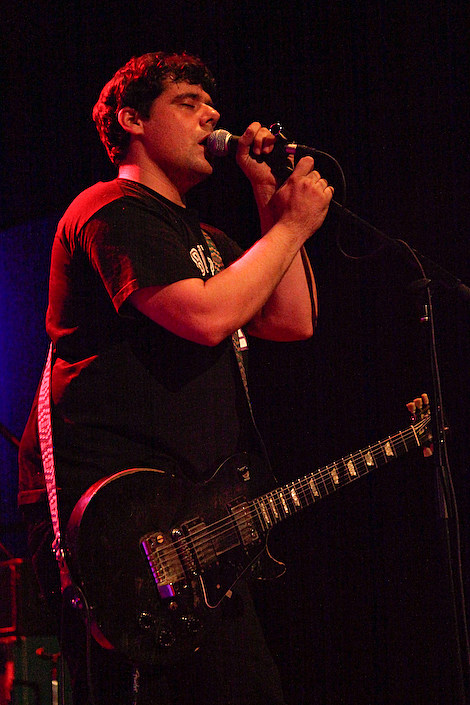 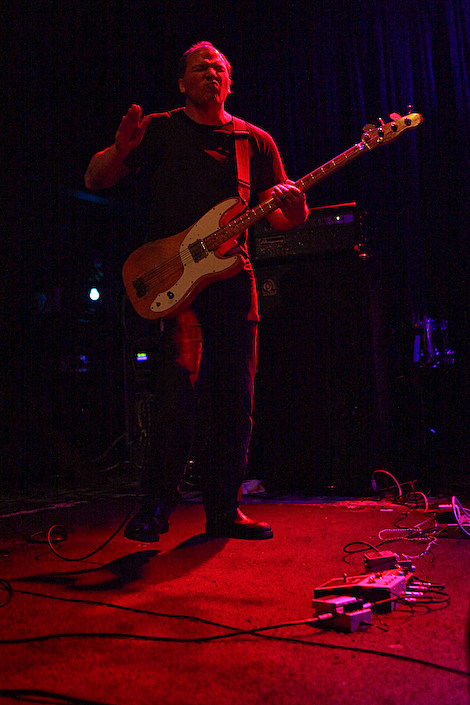 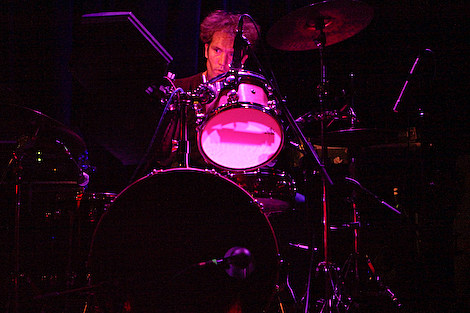 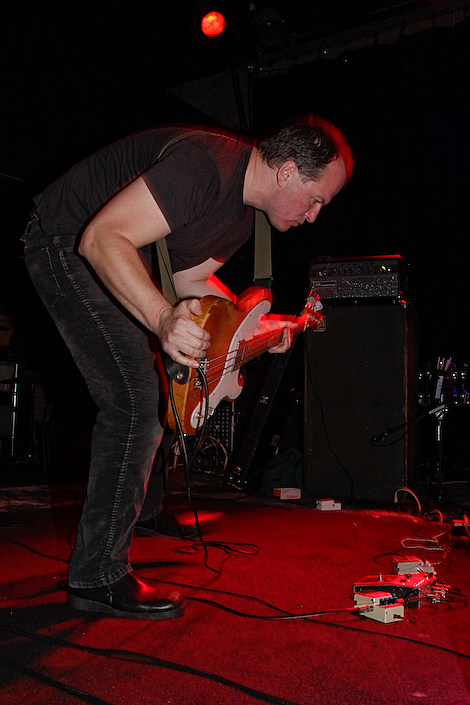 Teenage Jesus and the Jerks 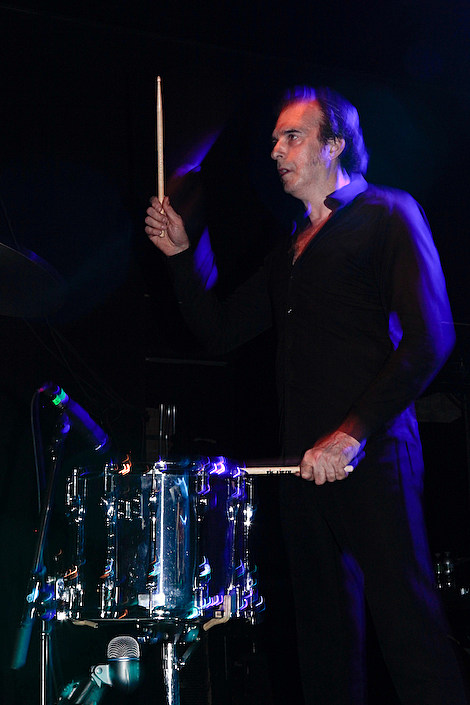 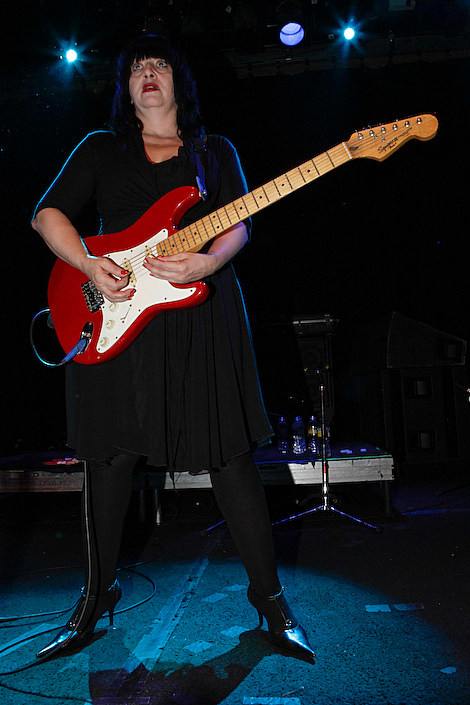 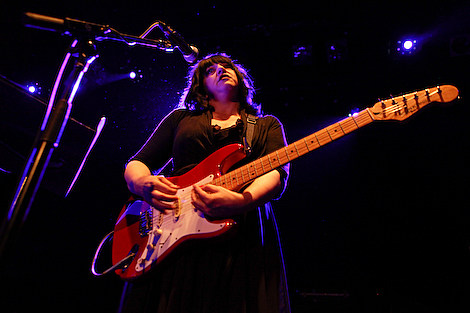 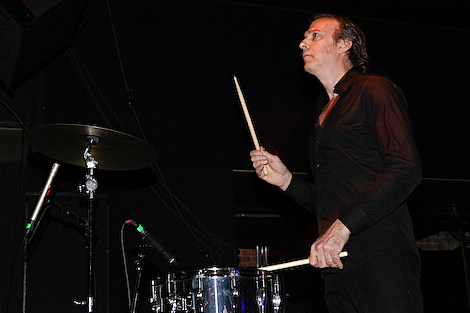 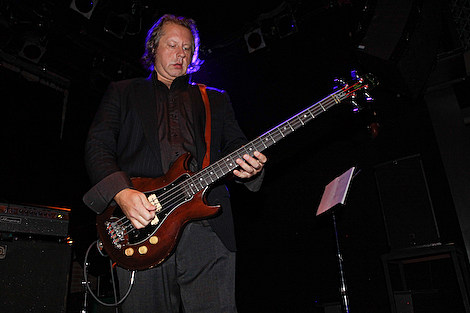 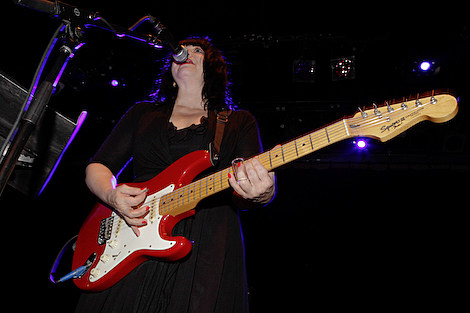 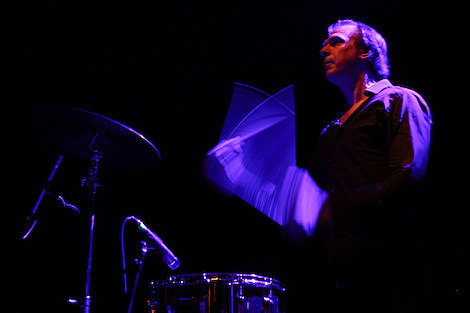 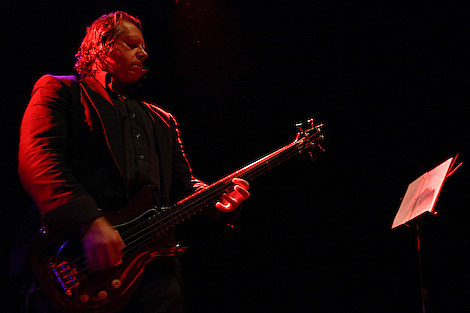 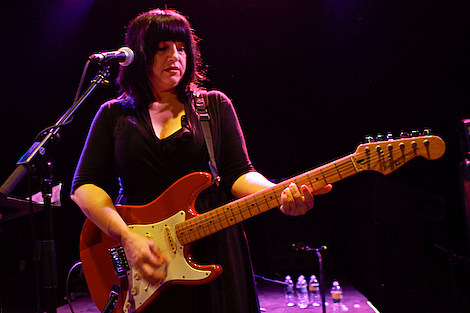 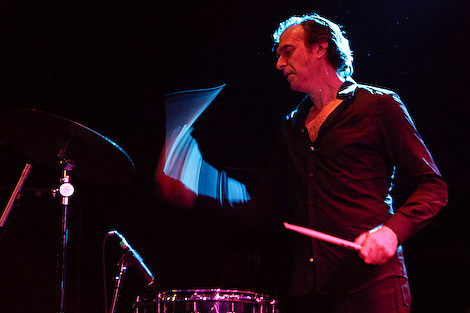 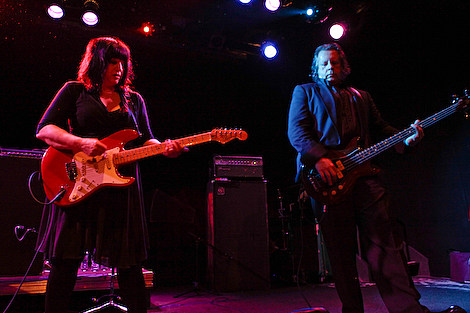 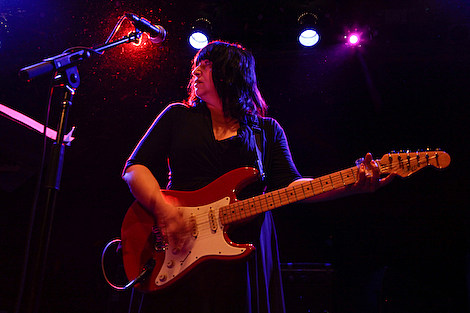 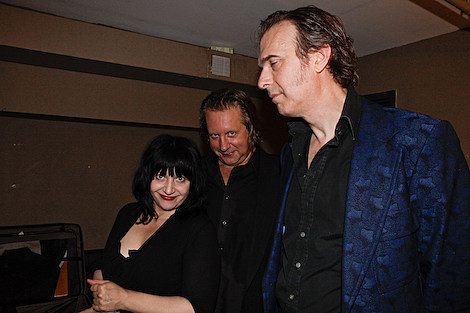 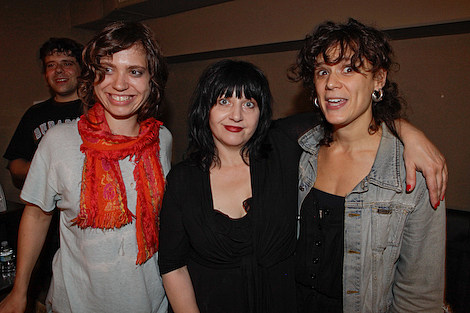 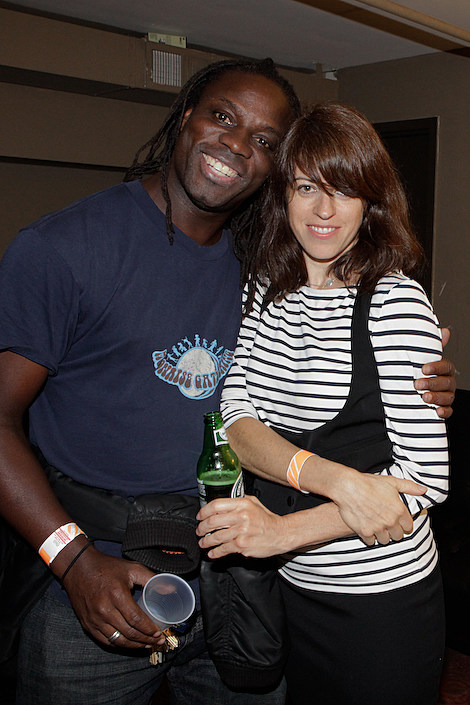 Talk Normal pictures from this show are HERE.