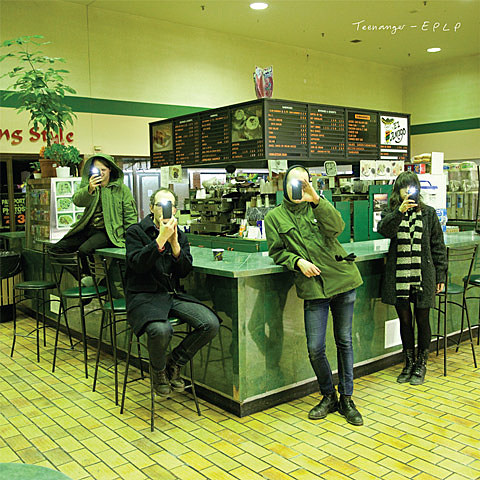 What, exactly is the difference between an LP and an EP? Is it the amount of songs? The total length? There is definitely a grey area there and Canadian quartet Teenanger put themselves right on the edge with their new eight-song, 24-minute record which they've definitively titled E P L P. Fresh out on Telephone Explosion Records, the record is more of their sneering, searing garagepunk and you can stream the whole thing below.

The band just played a record release show in their hometown of Toronto and will be at Pop Montreal this week. After that they're gearing up for a tour that will have them crossing the border into the US for a few Northeast shows. NYC gets two: the soon-to-close Death by Audio on October 16 with Philly's The Abandos and Foster Care; and Cake Shop on October 17 with Abandos and Nancy. All dates are listed, along with the EPLP stream, below...