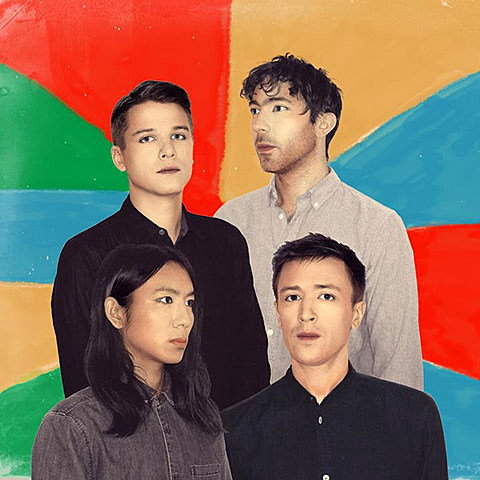 UK group Pete & the Pirates quietly dissolved a couple years ago with three of the members, including frontman Thomas Sanders, regrouping as Teleman. The new group is not fundamentally different than P&tP, with Sanders' sharp, tuneful songwriting still at the fore, though Teleman put keyboards up front a little more. After a couple singles, Teleman are set to release Breakfast, their debut album (produced by Bernard Butler), on June 3 via Moshi Moshi. (Pre-order it.) We've got the premiere of the band's new video, "I'm Not In Control," and you can watch it below.

No word on North American live shows for Teleman yet, though let's hope that changes soon. (Pete & the Pirates were one of my favorite live bands of the last five years.) They do have a UK tour coming up and those dates are listed, along with the album art and tracklist, the new video and a few other videos and streams, below...

Teleman - "I'm Not In Control"