Television at Rough Trade in 2013 (more by Greg Cristman) 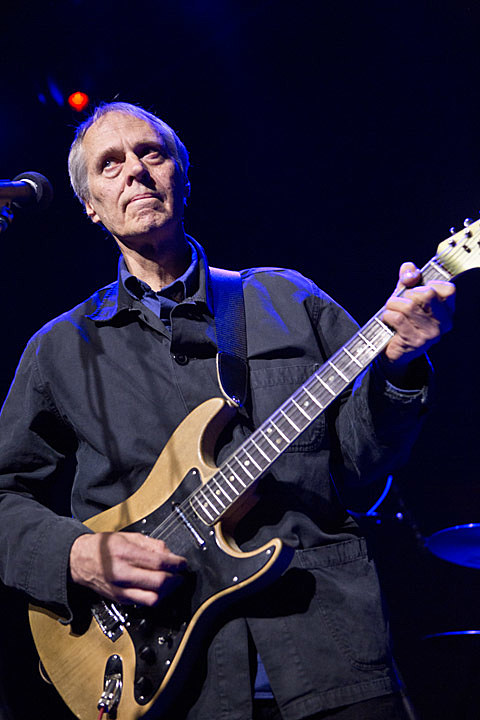 The Polaris Prize-nominated Arcade Fire already have some incredible openers lined up for their tour including a Unicorns reunion at all three Barclays Center shows (Aug. 22, 23 & 24) in Brooklyn, as well as two California shows. Dan Deacon are on those Barclays shows too and it's now been announced that the third date will also feature NYC punk legends Television!

In case you weren't keeping up, let me repeat: You can see Arcade Fire, the reunited Unicorns, and Television on the same damn show. Tickets for all three Barclays Center dates are still on sale.

New York doesn't get all the fun though, another legendary band from that same era, Devo (who they covered) have been added to Arcade Fire's two Chicago shows and their Mountain View, CA show. Steve Mackey of Pulp (DJ set) and Antibalas were also added to select dates.

Updated Arcade FIre dates, including other shows with Spoon, tUnE-yArDs, the reunited Constantines, and more, are listed below...

* with Dan Deacon
+ with Devo
$ with Television
& with Spoon
^ with The Unicorns
# with Owen Pallett
@ with Tune-Yards
! with Antibalas
// with Constantines
>> with Fraka
% with Steve Mackey (DJ Set)