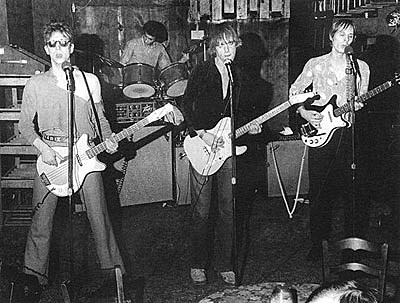 They didn't play CBGB before it closed (just Richard), but shows in Canada last year proved they are still a band. Maybe they were holding out for something bigger - like Central Park Summerstage where they're reportedly playing on June 15, 2007 JUNE 16, 2007 - Richard Lloyd, Tom Verlaine, Billy Ficca, and Fred Smith. FREE. (thx Adam)

Richard Lloyd, who recently made an appearance at the 'All-Star Irish Rock Revue' at Bowery Ballroom on St. Patrick's Day, is also going on tour in May. He's playing Knitting Factory in NYC on May 19th. More Summerstage concerts here. All Richard Llloyd tour dates below....

"These shows will be in support of the Deluxe Re-issue of Field Of Fire and also to preview Richard's new studio record out late summer/early fall called The Radiant Monkey. It will also contain a mini set of Jimi Hendrix covers, as a trio under the guise of Jaime Neverts (to be explained). Set lists will be provided to the audience, as souvenirs."