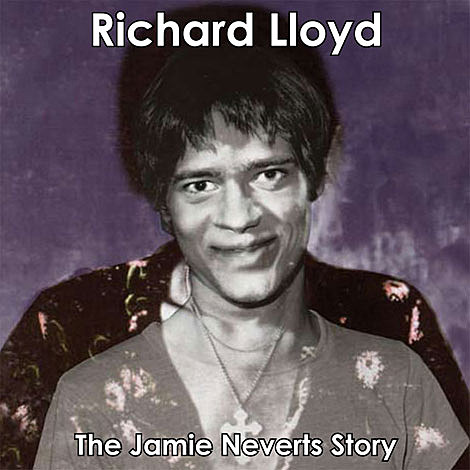 Former Television (current Rocket from the Tombs and frequent Matthew Sweet) guitarist Richard Lloyd and his band The Sufimonkeys will be touring this month [April] and next - dates below. The Sufimonkeys features Television drummer Billy Ficca and bassist Keith Hartel.

[As briefly mentioned before,] Parasol Records will be releasing a new album of Jimi Hendrix covers by Richard entitled The Jamie Neverts Story. Though the Hendrix covers CD won't be officially released until September 2009 Richard will have finished CDs available for purchase at these shows.

As mentioned above, Lloyd will be joined by Television member Billy Ficca. The two were scheduled to play together - AS TELEVISION - at Central Park Summerstage in 2007, but sadly, Lloyd missed that date which would have also been his last with the band. Television are recording a new album, but with Jimmy Ripp instead filling in on guitar (as he did that day at Summerstage).

Lloyd's connection to Hendrix (besides the cover album described above) is documented quite strangely (And without sources) in Lloyd's Wikipedia entry...

In his middle teens he met a scrawny black kid from Brooklyn named Velvert Turner who had the audacity to claim to know Jimi Hendrix. Lloyd was the only one of a group of friends who believed him on first sight and it turned out to be true; in fact, Jimi considered Velvert his "little brother", and took him on as his protégé, inviting him to various clubs and teaching him guitar from Jimi's apartment on W 12th St. As Velvert and Richard Lloyd were best friends, Velvert asked for permission to teach Lloyd what he was learning, and so Lloyd and Velvert began practicing together under the teaching auspice of Hendrix, and frequently attended his shows as well as those of other well-known acts such as Led Zeppelin, The Who, The Jeff Beck Group with Rod Stewart, The Allman Brothers Band, Grateful Dead etc.

All tour dates, and a video of Lloyd playing Hendrix's "Purple Haze," below...