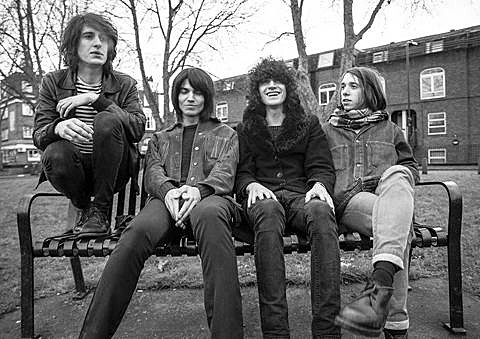 UK band Temples have just announced their third single, "Keep in the Dark," which you can buy digitally now. With a glammy shuffle backbeat, it's pure sunshine pop and quite good. (They're three-for-three in my book.) Watch the video for it below.

As mentioned, Temples (who are signed to Fat Possum in the U.S.) will be in NYC for a show at Bowery Ballroom on November 25. Tickets for that show go on sale today (8/23) at noon. The show is part of a short North American tour, that includes another NYC date at a much smaller venue: Union Pool on November 26. No advance tickets for that show.

All Temples tour dates are listed, along with the videos for "Keep in the Dark" and their two other singles, below.

Temples - Keep In The Dark