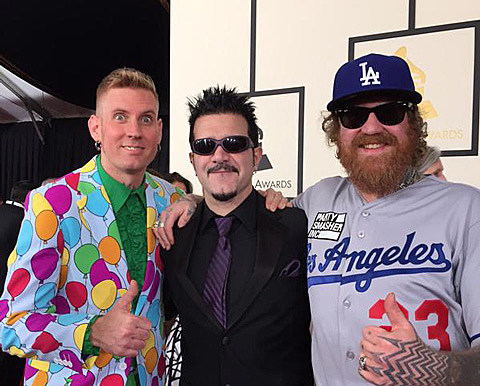 View image | gettyimages.com
tonight when the 2015 winner for Best Metal Performance was...
Tenacious D, who beat out Mastadon, Motorhead,
Anthrax, and Slipknot for the award. Tenacious D dedicated the award to the album's inspiration, Ronnie James Dio, who lost his battle with cancer
in 2010:

Speaking of AC/DC, the Grammys kicked off with the Australian hard rock legends, performing a new song "Rock or Bust," then "Highway to Hell"... with a little help from the TelePromter: 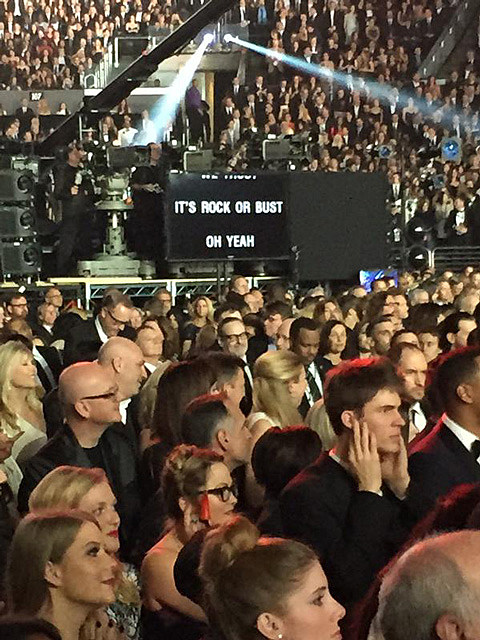