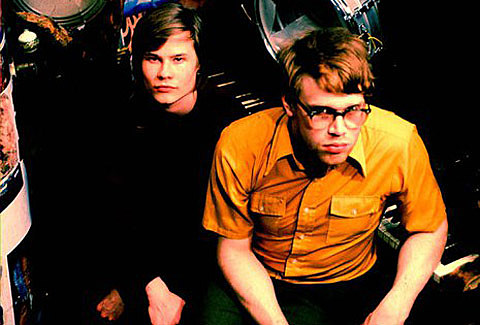 Tenement definitely listen to their share of Husker Du and angular pop-punk, and you can catch their show on the road now as part of an East Coast tour. As previously threatened, the Wisconsin band will play Brooklyn Fireproof tonight (on 9/12 at 119 Ingraham St. in Bushwick) as part of their ongoing September jaunt. Joining the band will be Vacation, Swearin' and Space Trash and $6 bones gets you in.

All tour dates are below. For the unfamiliar, head below for some song streams off of splits with Cheeky and the mighty Culo -- as well as Tenement's listed tour dates.