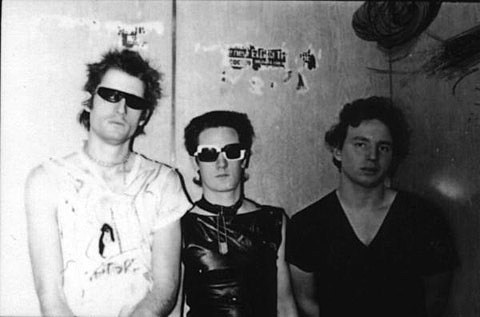 "Testors erupted on the New York scene at the epicenter of the punk rock explosion in 1976. Little has been known about this band until now, due to their fiery temperament and desire to burn every bridge in sight. Their incendiary sound consisted of dueling guitar noise, scrappy garage bashing and Sonny Vincent's street poetry. Their earliest recordings are considerably tougher, louder and more desparate than any other music made at the time (or since!). Testors were a beautiful mess. Absolutely one of the most raw, catastrophic, and shocking bands to ever grace the stage of Max's Kansas City and CBGB's during the mid-70s punk heyday." [Swami Records]

Testors will return to the stage for a "sneak preview performance in NYC" on April 9th at the Delancey, one of two reunion shows scheduled for the band that will feature the "original '77 line-up". The second show will see Sonny Vincent and his band at the Atlanta Mess Around Festival on April 16, where the band will will join Oblivians, Subsonics, Hunx & His Punx, Mind Spiders, and many many others.

The full lineup for the Altanta Mess Around Festival and some Testors videos below...