Texas Is The Reason 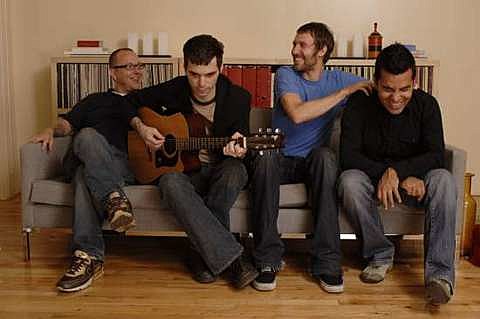 As mentioned, the Revelation Records 25th Anniversary shows are going down in NYC at Irving Plaza this October. The first happens on October 11 with reunited emo vets Texas Is The Reason. That show immediately sold out, but the band have added another NYC show which will take place one day earlier (10/10) at Music Hall of Williamsburg with States & Kingdoms (ex-Rival Schools and Thursday). Tickets for that show go on sale Friday (8/17) at noon with an AmEx presale starting Wednesday (8/15) at noon.

The Texas Is The Reason reunion is also the subject of a short film by Steve Pedulla called It is Happening Again: A Texas is the Reason Microfilm. You can watch part 1 of that film below.

Texas Is The Reason isn't the only reunited band playing another NYC show surrounding Revelation 25. As discussed, On The Might of Princes will play Saint Vitus on October 12 one day after playing Revelation 25 (10/11). Tickets for that show are still available.

"It is Happening Again: A Texas is the Reason Microfilm (Part I)"