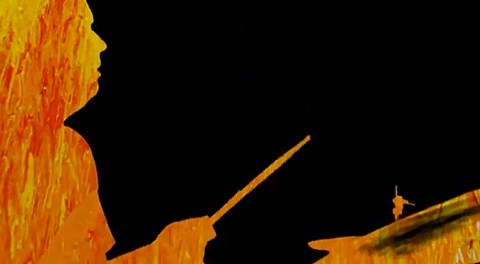 Texas post-rock quintet Equals put out a self-titled EP back in 2011 and they're now set to follow it with their debut full length, Tracts, on May 6 (pre-order). Like their EP, it was recorded with Alex Bhore of fellow Texas post-rock band This Will Destroy You, and if you're a fan of that band you'll likely find something to dig here too. The new single from Tracts, "Autotelic," is proggy instrumental rock from clearly-skilled musicians who sound like they know how to jam, but know how to keep it tight too. Its video (by Match Point Productions) shows the band members performing as technicolor silhouettes (like the one above), and the visuals fit their sound well.

The video premieres in this post, and you can watch it, along with their list of dates (none in NYC), below...

Filed Under: Andrew Sacher, Equals, This Will Destroy You
Categories: Music News
Comments
Leave A Comment
Back To Top