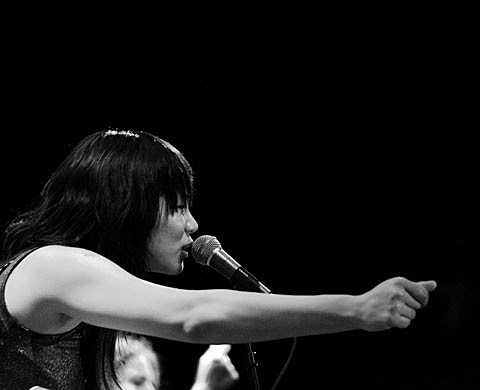 As mentioned, the new Thao & the Get Down Stay Down album, We the Common, came out this week (2/5) via the Domino affiliated Ribbon Music, and in March the band will head out on a previously discussed tour with Sallie Ford & the Sound Outside, which hits NYC on March 22 at Bowery Ballroom. Tickets for that show are still available. Thao and Sallie have also added another NYC show to this tour, which will happen on March 25 at The Bell House. Tickets for that show go on sale Friday (2/8) at noon.

The single from Thao's new album, "Kindness Be Conceived," features Joanna Newsom on guest vocals and you can stream that one, along with a list of all dates below...

Thao and the Get Down Stay Down - "Kindness Be Conceived" (feat. Joanna Newsom)