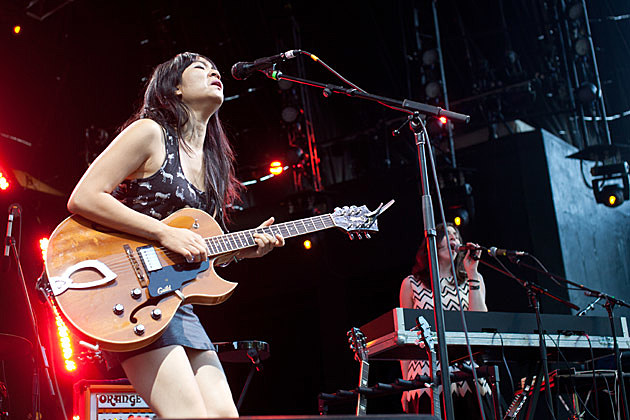 Thao & the Get Down Stay Down are planning to release an album next spring, and while most details are still TBA you can watch a new teaser video below. They're also touring around then and taking out two pretty great openers who both fall vaguely under the "indie folk" umbrella: Saintseneca and Little Scream (who, like Thao, took part in the Arthur Russell at BAM).

Those openers vary throughout the tour, but a few shows have both of them including the NYC show happening April 13 at Webster Hall. Tickets are on artist presale now and there's another presale starting Wednesday (11/18) at 10 AM. General on-sale starts Friday (11/20) at 10 AM.

Saintseneca released a new album earlier this year on ANTI-, and we're still waiting on that followup to Little Scream's 2011 debut on Secretly Canadian. Music from all three artists and tour dates, below...