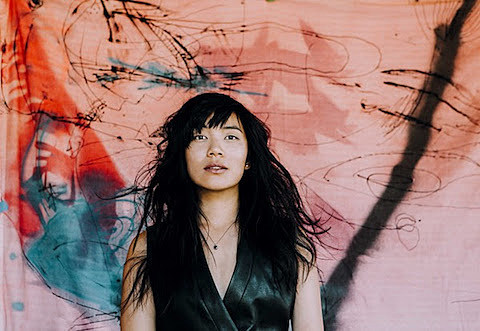 Thao & The Get Down Stay Down have announced details of their new album. It's titled A Man Alive, and will be released March 4 via Ribbon Music. The record was produced by Merrill Garbus of tUnE-yArDs and it explores some new sounds. Thao says, "I wanted A Man Alive to be beat- and bass-driven--rather than guitar-based--extending and elaborating upon the hip-hop influences of the previous record. A Man Alive is more instrumental, more riff- and loop-centric, and has more manipulated sounds." The album was also inspired largely by Thao's volunteer work with the California Coalition for Women's Prisoners. You can check out the spirited first single, "Nobody Dies," below.

You can catch Thao & the Get Down Stay Down on their 2016 tour in the spring of 2016, including a NYC show at Webster Hall on April 13 with Saintseneca and Little Scream. Tickets are still available. Updated tour dates are listed below...