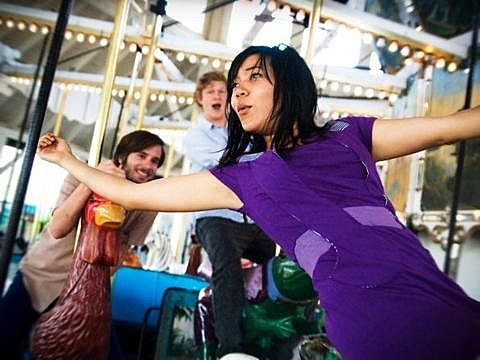 We are packing up the astronaut ice cream and post card stamps- headed out on tour to see you. New record, different line up, more mature decision making.

I can't wait to share new songs with you and relive the old ones.

You: can you play that song you wrote?!
Me: I would love to... do you mind reminding me of the lyrics?
You: Give me my money back.

Truly excited to be back on the road and playing for you.

Thao & the Get Down Stay Down will release their new album, We the Common, on February 5 via Domino imprint Ribbon Music. You can stream the album's first single, "Holy Roller," below. Not too long after, Thao will head out on tour with Sallie Ford & The Sound Outside that includes a NYC stop at Bowery Ballroom on March 22. Tickets go on AmEx presale on Wednesday (12/5) at noon with the regular on-sale on Friday (12/7) at noon. All tour dates are listed below.