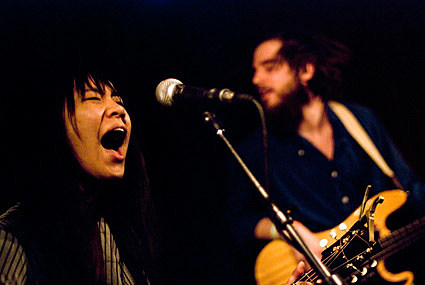 Thao with the Get Down Stay Down is touring and then touring some more with Rilo Kiley including both shows at Terminal 5 in NYC. Tickets are still on sale for at least one of those. All dates below....