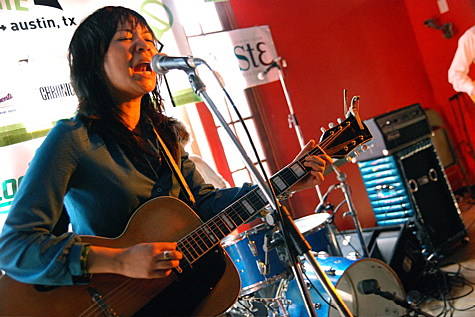 Thao with the Get Down Stay Down will be playing a show at the Bowery Ballroom on Wednesday, November 4th. Tickets go on AmEx presale Wednesday, August 26th at noon. General sale starts Friday, August 28th at noon.

That show will include sets from David Schultz and the Portland Cello Project, the latter of which collaborated with Thao on their most recent album, The Thao and Justin Power Sessions, that came out on June 9th on Kill Rock Stars. Two tracks from that, one with Thao and one with Justin Power, are posted above.

"Portland Cello Project, in case you're unfamiliar, is an amazing group of cellists that, in the course of one of their epic 2-3 hour shows - (the format of which is always a one-time affair - the group writes almost entirely new arrangements for every performance cycle) - perform a crazy diverse array of everything from canonized and avant classical compositions to reconstructed pop covers of everything from Nintendo game themes to Britney Spears to Yoko Ono to R. Kelly--and they've accompanied The Builders and The Butchers, Laura Gibson, The Dandy Warhols, Mirah, Loch Lomond, Horse Feathers and tons of other indyish folks. At shows, you'll see hipsters too-cool-for-school mesmerized by Arvo Paert, members of the Decemberists playing late 19th century Russian compositions transcribed for Hammond Organ, a 40-piece choir, and all kinds of other craziness."

Thao with the Get Down Stay Down will releasing a new album of their own, Know Better Learn Faster, also on Kill Rock Stars, on October 13th. Producing the record will be Tucker Martine (The Decemberists, Bill Frisell, Jim James), and guests include Andrew Bird, Eric Earley of Blitzen Trapper, Laura Veirs, Nathan Crockett of Horse Feathers and Tune-Yards.

Tune-Yards recently signed to 4AD and has a show coming up at Music Hall of Williamsburg soon.

The Thao-Bowery show is part of a soon-to-be-announced (we think) larger tour. Those dates with album info are below... 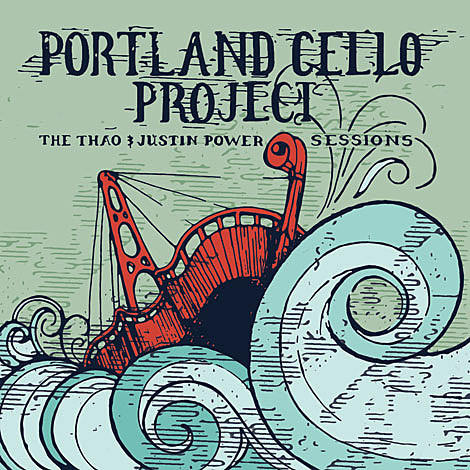