For more weekend picks from me (Fiery Furnaces, Yellow Fever), check out This Week in Indie Pt 1.

I think my top pick for Saturday has to be That Petrol Emotion at the Bell House, their first NYC show in 15 years. (You can get a ticket here.) One of the '80s more underrated bands, TPE were the band formed when Feargal Sharkey left the Undertones and most of the rest of the band carried on together with new singer Steve Mack. 1986's Manic Pop Thrill (the title's an apt description of the music, too) is one of the best albums of that year, and 1987's more ambitious, politically-minded Babble spawned what is probably the band's best-known song, "Big Decision."

Sean O'Neil left after 1988's End of the Millennium Psychosis Blues and the band became a little more straightforward alt-pop and laid off the politics lyrically, but still delivered some great hooky singles. As I said previously, I caught them at SXSW earlier this year and they're still an amazingly energetic live band, especially Steve Mack who is as wiry and manic as he was back in the day. Fans should expect a set heavy on the last two albums (1990's Chemicrazy and 1993's Fireproof) but as Bell House booker Skippy is a huge Babble fan, I'm hoping he has coerced them into adding a few of that album's more amazing tracks ("Creeping to the Cross" and "Swamp") to the mix.

Opening for TPE will be The Mad Scene (Clean drummer Hamish Kilgour's long-running NYC band) and the debut of The Forgery Series which is a solo project from Obits guitarist (and big That Petrol Emotion fan, and old friend of mine) Sohrab Habibion. Some of you may remember Sohrab's '90s band, Edsel, who were one of my favorites from the '90s DC scene. (Factoid: Edsel started the Desoto label that ended up being run by Kim Colleta and other members of Jawbox.) The Forgery Series are new songs from him that don't exactly fit the Obits mold, and he's gathered an all-star band to help him out: old DC pal Michael Hampton, who was in S.O.A., One Last Wish and Manifesto; Radio 4 bassist Anthony Roman (Radio 4); and Joe Newton who drummed for Gas Huffer. Who knows when or if they'll play again (pretty sure they're just doing this for the fun of it) but should be interesting.

A Sunny Day in Glasgow 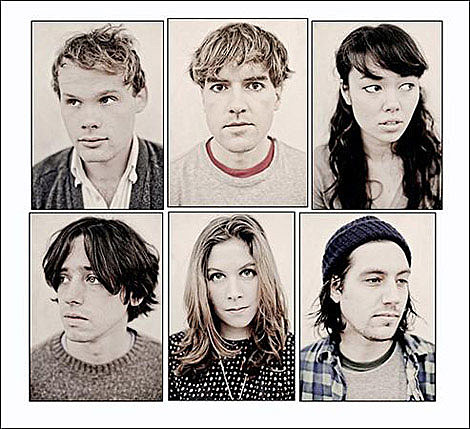 Also this weekend, Philadelphia's A Sunny Day in Glasgow are in town playing Saturday at Union Hall and Sunday at Le Poisson Rougue. Their new album, Ashes Grammar, is one of the year's more overlooked albums (it got an 8.3 on P4K but not Best New Music), it's a 22-track ethereal wonder, with songs flowing into interstitial soundscapes and back again. (It reminds me a lot of Slowdive's 1995 album Pygmalion.) Maybe not the best record for picking a song for a mix CD, but as a cohesive listening experience, it's gorgeous. Since making the album, the band went through a state of flux when they decided to tour, losing both singers Robin and Lauren Daniels, resulting in a worldwide search to fill their void. They settled on Jen Goma who, along with Annie Fredrickson, are now fronting the group. Will be curious to see them attempt to recreate the album's sonic miasma in a live setting.

Videos and tour dates after the jump.