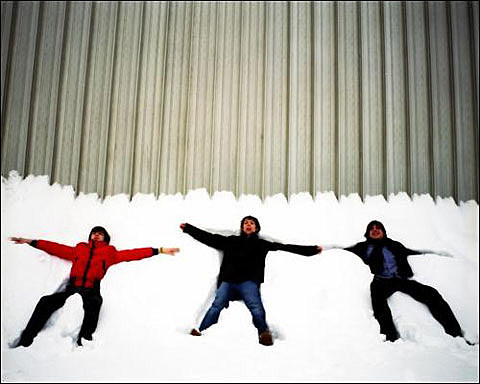 Glasgow's The 1990s can be added to the still-growing list of bands that've canceled shows because of the volcanic ash situation. The group won't be able to make their two NYC shows this week (or the Philly date between), but those NYC shows are planning on going ahead without them.

The first is a Thursday, April 22nd show at the Bell House with Crystal Stilts and Tanks Amigo. Tickets are still on sale.

The second is on Saturday, April 24th at Bruar Falls and is the club's first b-day party. The lineup for that is currently all TBA (minus DJs Shirley and Peggy, and "secret special guests") because the other band on it, German Measles, canceled too because of a death in the family.

A video of the 1990s' Jackie McKeown doing an acoustic cover of "Flowers Of Romance" by PiL (who were just at Coachella and are coming to NYC) is posted below...