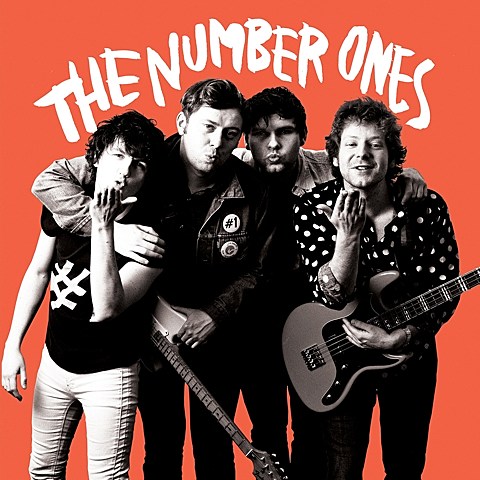 Dublin's The #1s (aka The Number Ones) put out their self-titled debut LP over the summer via Deranged Records (once home to Fucked Up and White Lung). The band, who count Angel Olsen tourmate Cian Nugent as a member, write sharp late '70s-style power pop tunes but deliver with the rawness of '60s garage rock. If you're into either of those things, this record should hit right away. Check it out in full, below.

The #1s will be in NYC for two shows that are just around the corner. First, they play Cake Shop on Saturday (10/18) opening for The Paul Collins Beat (Paul's band The Nerves is likely an influence on The #1s), with Club for Growth and Now People on the bill too. That's $10 at the door to get in. After that, they play Grand Victory on Monday (10/20) as headliners with Miracle Sweepstakes, Henry Schiller and Garcia Peoples opening. Tickets for that show are on sale now.

UPDATE: They also stick around for CMJ and currently have two shows scheduled. The first is the YVYNYL showcase at Union Pool on Tuesday with Lydia Ainsworth, Heat and J Ferndandez (tickets); and the second is the Music of Ireland showcase at The Delancey on Friday (10/24) with September Girls, Dott, Ham Sandwich, Sisters and Le Galaxie.

The only other show we're currently aware of his a Halloween show in Dublin. All dates are listed, with the LP stream and a video, below...