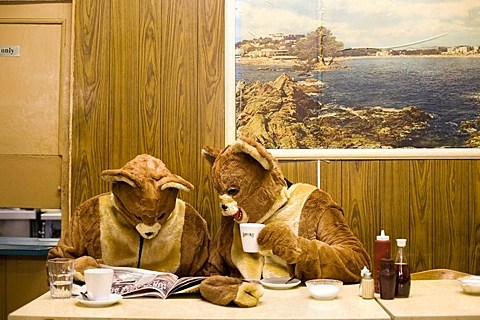 The 2 Bears (a duo, whose lineup is completed by Raf Rundell) finds Goddard in much more straight-up good times party mode than Hot Chip's relatively artier vibe. Their debut album, Be Strong, is a lot of fun and you can stream it below. The 2 Bears don't have much of an itinerary for 2013 but they do have a one-off in NYC scheduled to take place April 8 at Le Poisson Rouge, one day before Hot Chip play their one-off at Roseland Ballroom. Tickets for the LPR show are on sale now. Tickets for Hot Chip's Roseland show are still available too.

Joe Goddard will also be in NYC even sooner to DJ Cameo Gallery on February 9. Tickets for that show are on sale now.

Flyer for the Cameo show and a stream of The 2 Bears album plus music videos are below... 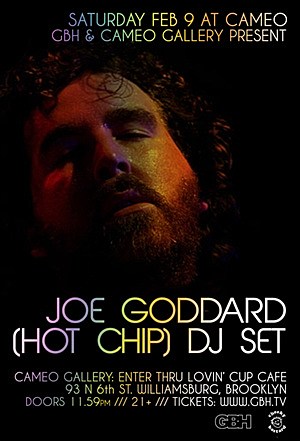