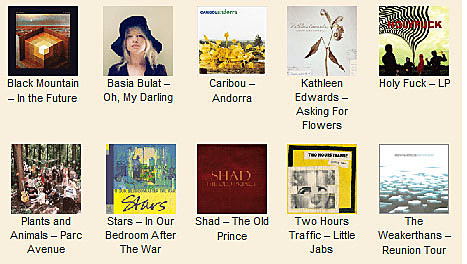 The time has arrived to crown another Polaris Music Prize winner. Last year's Canadian award was met with mixed response as relative unknowns (outside of Canada) Patrick Watson beat Arcade Fire, Feist (my pick to win), and seven others for the top spot.

This is the most open field in the brief history of the award. There are no big acts, though Stars certainly has a large following. Most of the artists on the shortlist have been playing since the beginning of the decade or longer. Coincidently or otherwise, the two youngest artists on the shortlist, Shad (27) and Basia Bulat (24), are two of the favorites this year. With that said, there will be no real "upsets." I can see any of the nominees walking away with the prize. It seems the award has positioned itself more to elevate someone then legitimize a popular artist's success (past losers include the aforementioned Arcade Fire along with Broken Social Scene, and Wolf Parade). 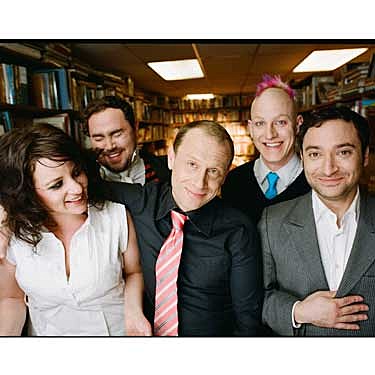 The Arts & Crafts label seem to have a permanent foothold on the Polaris. They've had an artist on every year of the awards and it's their fourth overall. And, like previous years, they have an artist considered a favorite. And if the award was going to the best album title, then In Our Bedroom After The War would win hands down. But, musically speaking, I don't think this record is as good as 2005's Set Yourself On Fire and I believe that some of the judges will feel the same way.

Stars - Take Me To The Riot

Kathleen Edwards and last year's winner Patrick Watson share some unique qualities. Not much musically, as Edwards' mid-tempo soft rock is miles away from Watson's baroque mope stylings. But both have been positioned in the music industry as adult contemporary. Kathleen Edwards is the artist you hear in your dentist's office. Right after Billy Joel. She's the seeming heir apparent to the Sheryl Crow crown. I just don't think her country-tinged brand of easy listening will stand out amongst the field, especially when there is a much stronger example of this (Basia Bulat) on the shortlist.

Kathleen Edwards - I Make The Dough, You Get The Glory

Two Hours Traffic are a somewhat unknown commodity outside of Canada. They've been playing shows since 2003 and they just made a low-key New York debut last week. In that time, they've released a couple albums and e.p's and have played the college circuit. Their newest, Little Jabs (produced by last year's nominee Joel Plaskett) is hook-heavy power pop that is both jangly and tight. It's fun little music but it doesn't really stand out more then any other band producing this brand of rock. I think their nomination was their award, not the prize itself. 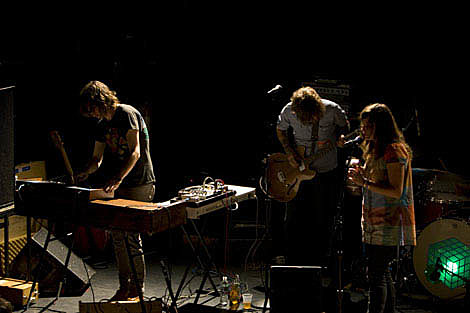 The Vancouver band can do no wrong this year, it seems. Their second record, In The Future, has garnered great reviews and their live shows are always a hot ticket. But as Dan Bejar pointed out, Black Mountain resides in "best kept secret" territory. Certainly, winning the award would change that, but I don't think that will happen. And my reasons for this are just simply because I don't really like the album. They certainly have their proponents though and it wouldn't surprise me in the least if they walked away the winner.

The Weakerthans appear on the shortlist with their fifth record, Reunion Tour. They are also the most tenured of all of the nominees, coming out of Winnipeg in the mid-90s. They are a bit of an institution in Canada. I think the best adjective to describe them are "solid." They make solid records and have a solid fanbase. And if the judges decide this year to use the award as a crowning of a long, successful career, then the Weakerthans are certainly the first in line. 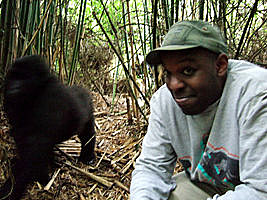 Shadrach Kabango, a young rapper from London, Ontario conjures memories of De La Soul at their creative peak. Definitely a good thing. He's the first hip-hop artist nominated since the inaugural awards, when Cadence Weapon (a favorite to win that year) and K'Naan both appeared. Shad's nominated album The Old Prince is fun and inventive while keeping Shad's relaxed, playful flow at the forefront. Like Junior Boys last year, I think Shad has a good shot because his music is unique outside of the rest of the nominees. That definitely helps his chances.

Basia Bulat has been very steadily building a name for herself over the past couple years with consistent touring and great performances. Oh, My Darling, her debut, just barely slipped in under the deadline, being released last June on Rough Trade. The record is a tender collection of songs with great production that emphasizes Bulat's gorgeous voice. You can hear shades of bluegrass, gospel, folk and straight up pop. Trajectory wise, winning the award would cap off what has been a successful eighteen months for the 24 year old and I think that is a strong possibility.

Basia Bulat - In The Night

The former Manitoba a.k.a Daniel Snaith makes the shortlist with his beautiful album Andorra. So much can be said about this album. An amalgam of dream pop, shoegazer, experimental electronica, and even late 60s mod leanings, it never ceases to be surprising and engrossing. I strongly think I am going to regret placing this record third in my predictions but I feel that his strong track record actually hurts his chances somewhat. I just have this feeling that this record is going to be overlooked by the judges. 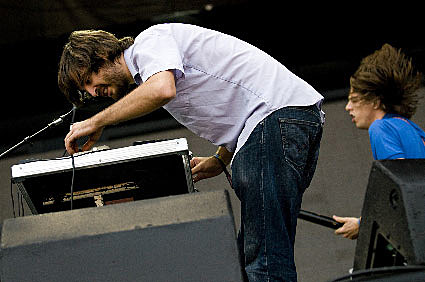 When the shortlist was announced, there were three bands that jumped out as being favorites to win and Holy Fuck was one of them. LP is an enjoyable sonic exploration that is complex without being pretentious. And while it certainly has it's dense moments, it always maintains a level of fun. Since the announcement of the shortlist, Holy Fuck made headlines in the Canadian news after certain arts funding programs were cut from the federal budget. As opposed to having an intelligent debate about government financing the arts, the conservative government just shut down the grants and pointed to the Toronto sound manipulators as a reason/scapegoat. I felt that before this flap they had a good chance to win and in a cynical way I think this only improves it. On top of being a great record, their selection can also serve as a protest towards the conservative government and their apparent attack on the arts.

Secret City Records, despite being a relatively new label, has also carved a niche for itself on the Polaris shortlist. Though they only have five artists on their roster and a handful of releases, this is their third shortlist nomination, having two last year with Miracle Fortress and eventual winner Patrick Watson. I've written a lot about Plants and Animals over the last year or so. There is really nothing new I can add to what I've already said. Parc Avenue is an album that perfectly bridges classic rock and indie rock, baroque maneuvers and gentle ruminations. Despite playing as a band for eight years, this is their debut record so their pick as the winner would give the judges an opportunity to award a band that is both long suffering and new on the scene. All told, I am picking Plants and Animals for the same reason I picked Feist last year; it is my favorite record among all the nominees. So here's to Plants and Animals, my pick for the 2008 Polaris Music Prize.

Plants & Animals - Feedback In The Field

Who are you rooting for?