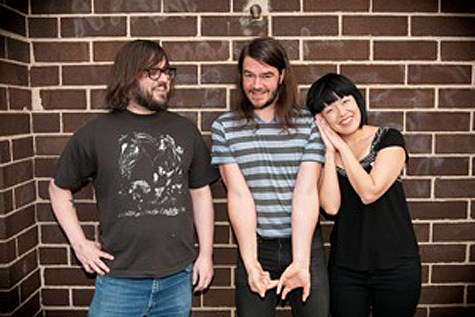 So as you may have heard, I think we posted about it once, the Northside Festival kicks off today, Thursday (6/14), all over Williamsburg and Greenpoint which means slightly more music and definitely more Heineken in the neighborhood than normal. You can still buy festival badges that will get you into get you into all shows, theoretically, but depends on the venue and capacity. Many shows have advance tickets, like tonight's GZA's shows (early and late, both sold out) at MHoW or the Cold Cave at Europa (almost sold out I hear) to name two, or you can try your luck buying at the door.  Basically, if you are relying on buying at the door or using your badge, get there early. Small places like Cameo reach badge capacity early.

Tonight there's the BBG/BV Presents showcase at St. Vitus with Dragged into Sunlight, The Year is One, and Make. Also tonight, though not part of Northside, is the BBG presented show at Acheron with Secretarian Violence, The Love Below, Poison Planet, and Pharaoh which means BBG will be one tired dude tomorrow (and Evillive will be late posting).

I also recommend the Kanine Records show tonight at Knit, as Virginia's Eternal Summers have made one of my favorite albums of 2012 so far, Correct Behavior, which isn't out till next month but I know for a fact will be sold at the merch table tonight. (Check out their new video for "Wonder" below.) They're great live too. Also on the bill: Class Actress, Bleeding Rainbow (now a rocking quartet), Zambri, the controversially-named (but pretty good) Beach Day, and Air Waves. Something else to consider that I just discovered: Knitting Factory's has a no-fee ATM.

Also tonight: the Chaos in Tejas/FFF showcase at Warsaw with Ceremony, Citizens Arrest, Royal Headache, and Magrudergrind. I caught Australia's Royal Headache's super-packed, sweaty show at Cake Shop last night and all I can say is wow. They are the real deal and singer Shogun belted it out, hit every note and is, I'm pretty sure, the best singing I've ever heard at Cake Shop and probably ever will? I mean usually the vocals are so low there but his were booming out. If you have a badge and a free spot in your night, try to make it there -- Royal Headache are on at 9PM.

There's also the Other Music Recording Co. showcase at Union Pool who just revealed that the "???" headliner tonight is Widowspeak who will play alongside OMRC artists as Ex Cops and Nude Beach both of which are favorites here at the BVHQ plus The Everymen who I've been meaning to check out. (This might be my first stop of the night.) Flyer for the show is below.

I also want to see Daughn Gibson at Cameo (again go early if you want in to this one); Kool Keith at Brooklyn Bowl would be, uh, cool... there's a lot to do tonight and you can see the full Northside Schedule here.

Other Music and Kanine Records flyers and Eternal Summers video are below. 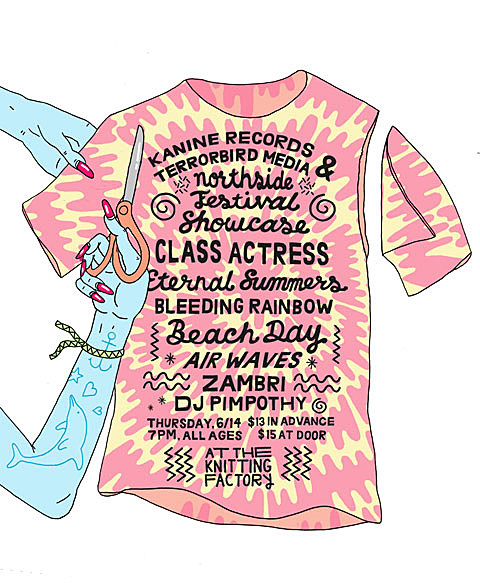 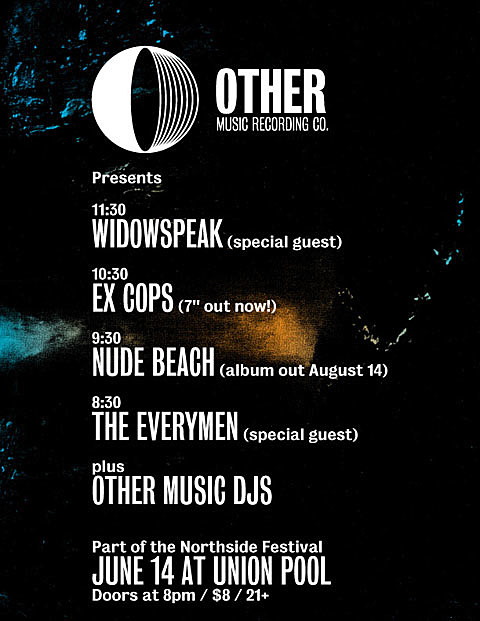