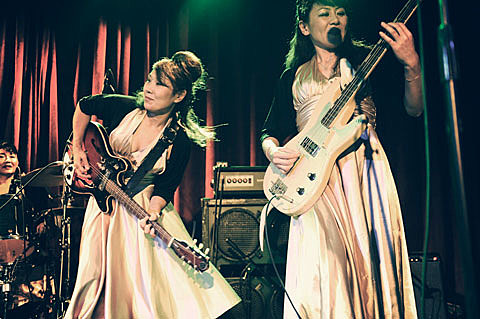 Japanese garage rock trio The 5.6.7.8.'s who famously appeared in Kill Bill and have also been putting out records for over two decades, are set to return to NYC this year to play a show on October 27 at The Bell House, the same venue where they played the Norton Records 25th Anniversary in 2011. That show is with Brooklyn garage rockers The A-Bones (who count Yo La Tengo's Ira Kaplan as a member) and Guitar Lightnin' lee and His Thunder Band. Tickets for the show are on sale now. It's the band's only announced US date at the moment.