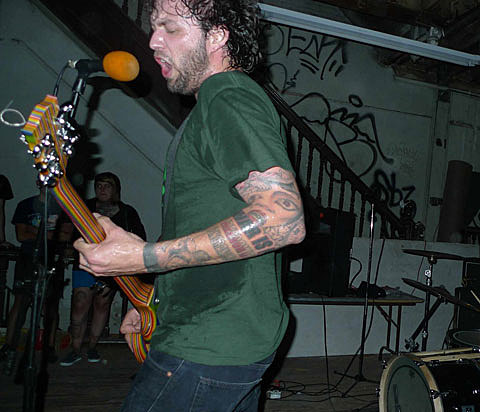 Saturday (5/15) was my first time at the relatively new Party Expo, to see Divider, Beauty Apes, Chambers, Tiger Flowers and The Abominable Iron Sloth. Mixed feelings on the space - I like floor shows and the sound was better than expected, but the crowd was anemic at best. Not that I particularly miss windmills and spin-kicks, but I'll take them over glazed eyes and sullen stares any day.

Divider opened with a jaw-clenching set of hardcore/metal crossover, followed by Beauty Apes' filthy sludgecore, though I wish the bands' Neurosis and Kylesa shirts showed through a bit more in their music.

Chambers - from NJ - were on-fucking-fire! Doomriders are a decent reference point, but Chambers tread much further into drunken, psychobilly-style guitar rock, colored by Dan Pelic's raspy shout-alongs. Though steeped in metal and punk, this is pure beer-swilling, fist-fucking, bar-fight rock'n'roll at the core. Their "Old Love" debut is out June 22nd.

Not sure why, but I dug Tiger Flowers much more here than at their Public Assembly show a few weeks back. Maybe it was the DIY venue and the floor set-up, but the boys put on a fierce, fluid and raw performance, despite the iffy sound.

After briefly blowing out the power, The Abominable Iron Sloth finally took the floor for a short but massive set. Guitars tuned down to the ground, The Sloth feels like one massive rhythm section, slamming a giant sledgehammer into your chest with every sludgy chord. Apparently they only had 20 minutes of material ready due to a new touring drummer (or is he full-time?) - a damn shame. Check out their recent The Id Shall Overcome album and the song "Hats Made Of Veal And That New Car Smell" off their first record - the riff will bury straight into your brain.

More pics from the show and dates are below... 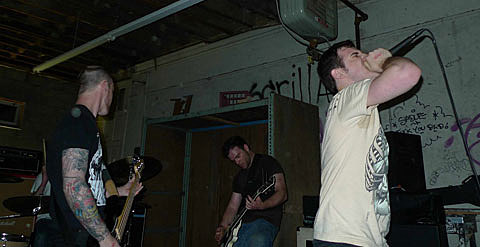 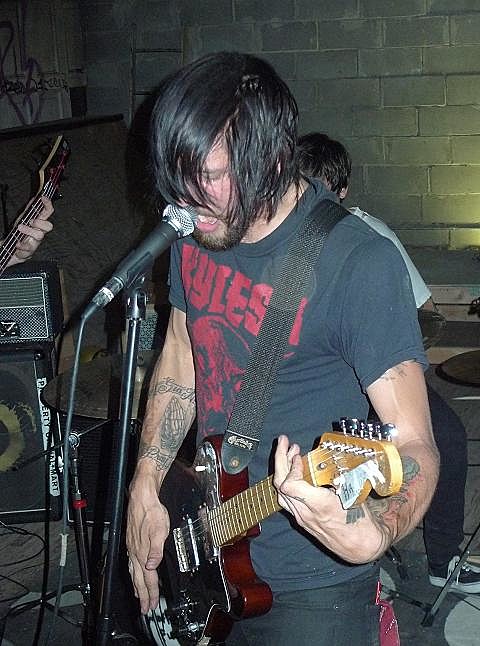 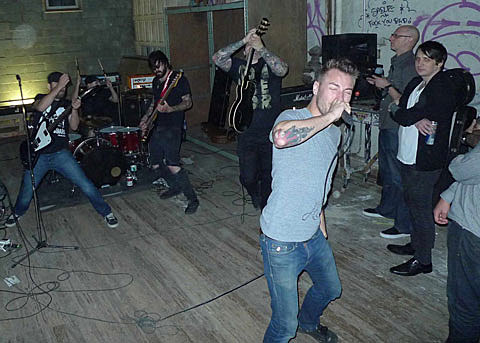 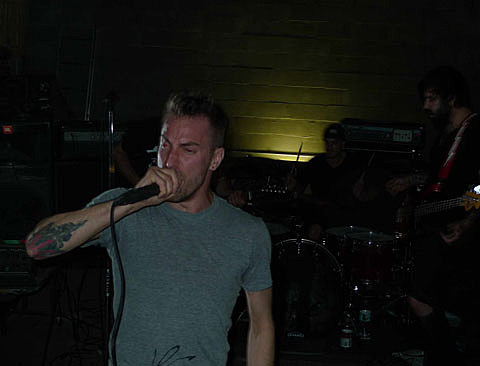 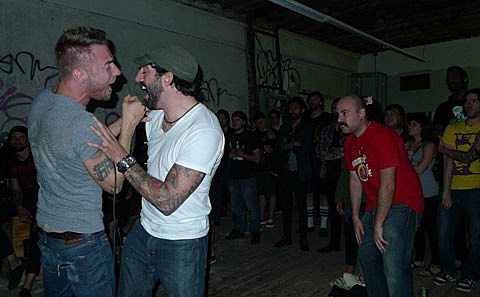 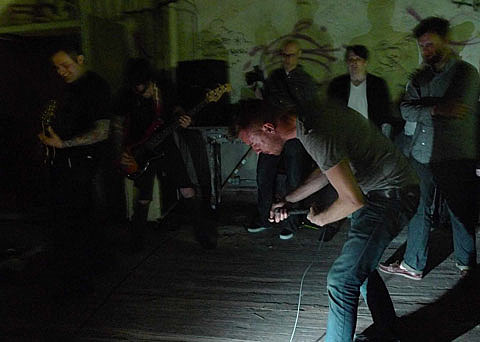 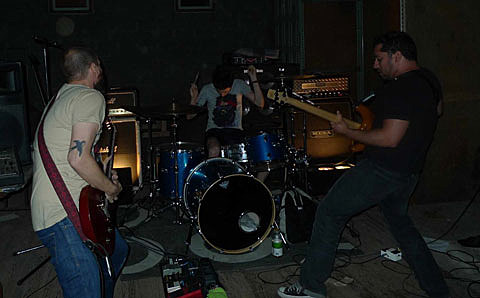 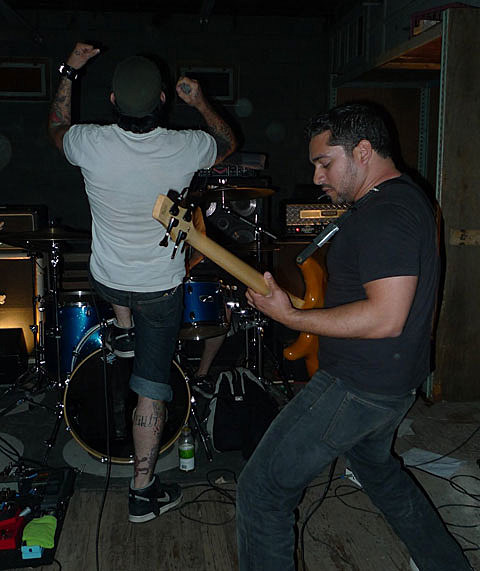 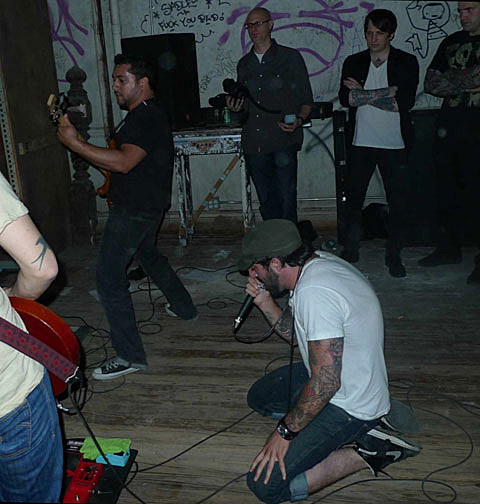 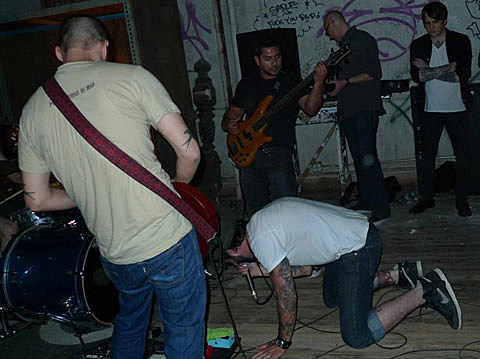 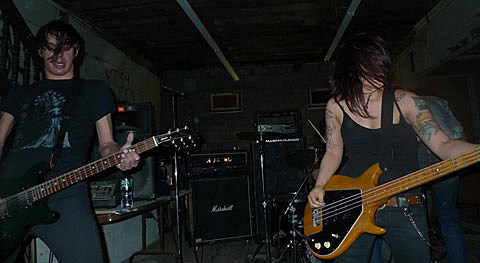 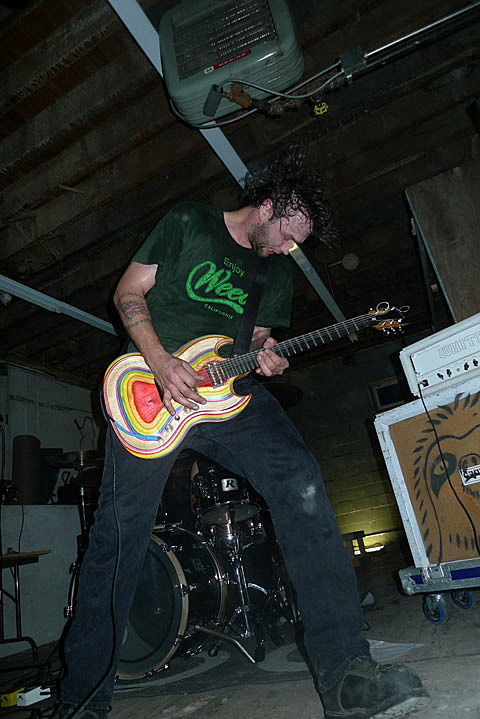 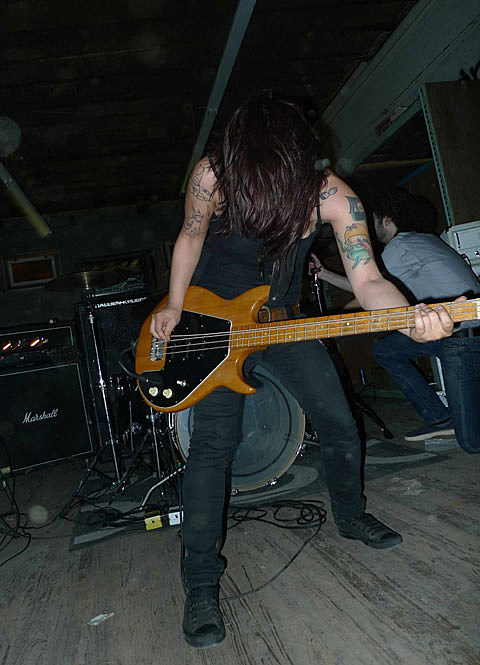 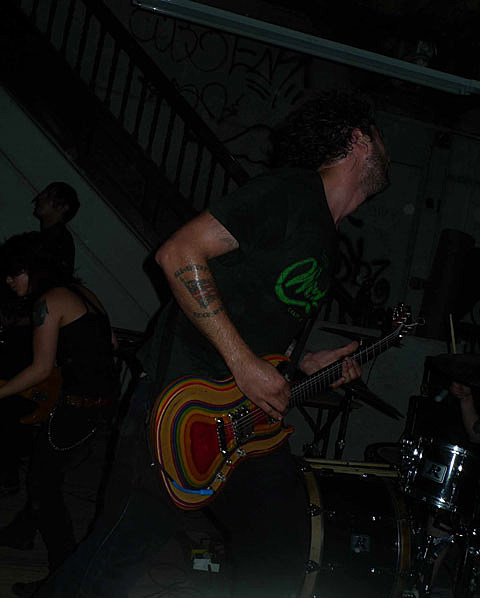 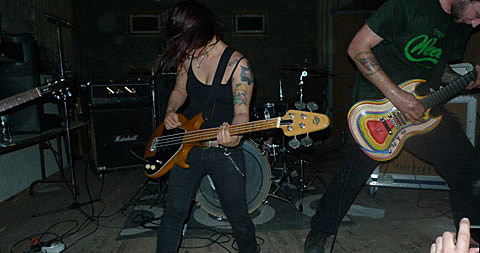 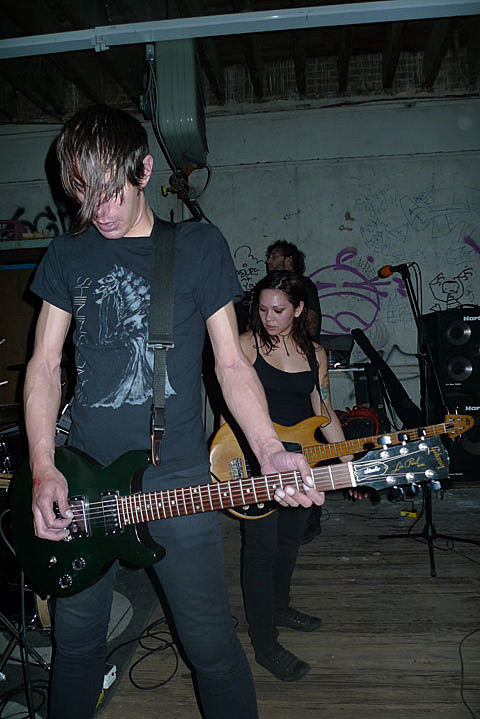