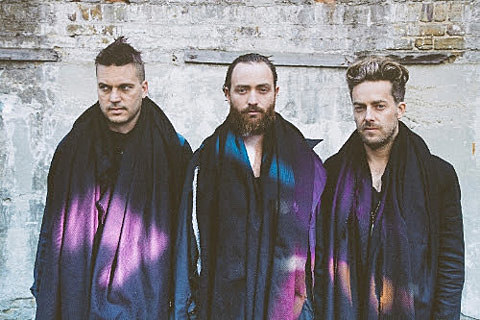 The Acid are a trio featuring one Brit (veteran DJ/producer Adam Freeland), one American (math wiz and Abelton expert/instructor Steve Nalepa), and an Australian (singer Ry X). The three, whose combined efforts make super chilled out neo-R&B, just released their debut LP, titled Liminal, via Mute. You can stream the whole thing, plus watch the video for "Fame," below.

The group will be in North America in October, playing NYC's Rough Trade on 10/10. Tickets to that show are on sale Friday (8/15) at noon. After their Rough Trade show, The Acid will open a week's worth of Alt-J shows on the West Coast. When that wraps up, they'd theoretically still have time to hit NYC for CMJ on the way back, though no dates for that have been announced. All known dates are listed, along with streams of the LP, video and a Factory Floor remix of "Fame," below...