The Antlers @ SXSW 2010 (by Dominick Mastrangelo) 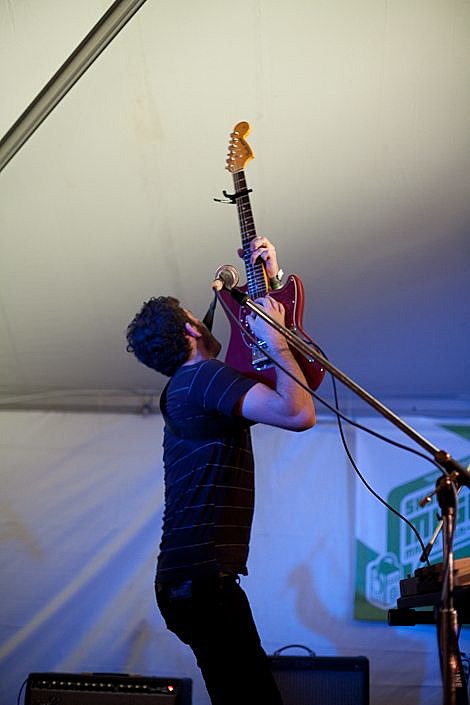 Viewtopia In Vino is a new series that "features well known bands performing acoustically followed by a conversation with a moderator and the audience." Each event will also include a wine tasting and be located at the small In Vino Wine Bar in the East Village in NYC. The first one takes place Sunday, April 11th and features a 4-glass wine tasting led by Wente Vineyards head wine maker Karl Wente followed by a 3-song performance by The Antlers followed by a 25 minute conversation with the band followed by at least 3 more songs. The event will be super intimate and there are only 40 tickets available and they're on sale now ($25).

The Antlers just played a four shows at SXSW including the official Frenchkiss showcase and our day party at Club DeVille on Friday. I was at the latter and loved them as much as always despite a few technical issues. Holly Miranda, who played right before them, also came up and sang with them for the last song. I took video of that and will upload ASAP, but in the meantime you can watch a clip of "Two" below.

The band's next show is even sooner than the wine thing and is also in NY (at/in Stony Brook). In June they play dates with the National including the gig at Radio City. All dates below...