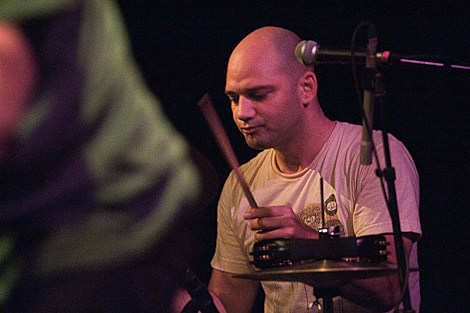 As just posted, The Antlers are playing a show with Ra Ra Riot at BAM in February. That comes after their headlining gig at Bowery Ballroom, which is now sold out.

Shortly after the BAM show, strangely?, the band is going out on tour with Editors. Editors tour North America from February 5-21. The Antlers join them on the 8th. That means they open the Terminal 5 show on the 19th which just went on on presale.

The Antlers played the BV showcase @ MHOW in October. NYC Taper has the audio from that show. All dates below...