The Antlers at Sasquatch 2011 (more by Josh Darr) 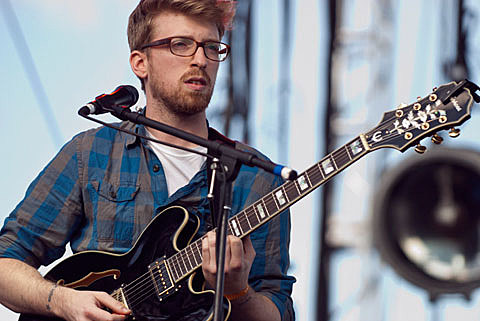 Levi's recently launched The Commuter, a line of jeans designed for biking the city streets. In honor of the new clothing line, Levi's are teaming up with Urban Outfitters for the "Get in the Saddle Tour," where they'll travel around America "to cyclists' hot spots promoting The Commuter". The tour kicks off in NYC with performances by The Antlers and Unknown Mortal Orchestra at Liberty Hall in the Ace Hotel tonight (8/5). We didn't post this earlier because we were told it was turned into a private show. That still might be true. Go at your own risk. Doors are at 7pm.

You can also catch The Antlers on their international tour that includes opening for Explosions in the Sky at Wellmont Theatre (10/3). Tickets for that show are still on sale.