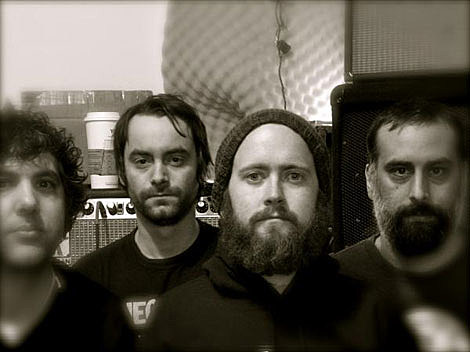 If one stands back from the mayhem of life around them and will honestly realize what has been done on volume one of Low Level Owl, they will be floored. Here is a band who has, for the most part, orchestrated a symphonic masterpiece and glides effortlessly from one track into another. Odd for the average indie rock fan? Perhaps. Unapproachable? Hardly. Ambience and environment are the keys here. Through a number of experiments and hard work, the band has made a piece that is truly larger than what many people may be able to appreciate. -[Allmusic review of Low Level Owl Vol 1]

The Appleseed Cast will revisit their popular Low Level Owl 1 & 2 LPs by playing them in their entirety on a two-month US tour with Chicago's Dreamend. The tour kicks off in the tail end of February and ends in April with NYC getting April 17th at Gramercy Theater. Tickets for the NYC show are on sale.

The Appleseed Cast are preparing to release the 3LP vinyl of Low Level Owl Vol 1 and 2 via Graveface Records. Preorder it here.They'll also offer a new live LP while on the Low Level Owl tour. Their last full-length Sagarmatha was released in 2009.

All tour dates and the tour flyer are below... 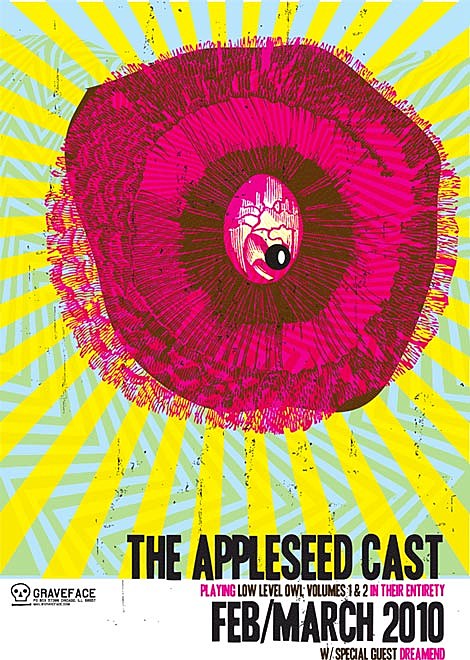