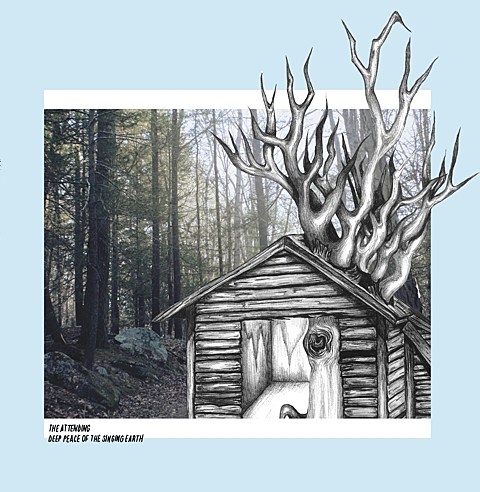 Providence's The Attending is the band led by Corey Stroffolino (who's currently the touring guitarist in La Dispute), and they're set to release their debut album, Deep Peace of the Singing Earth on March 17 via Full City Sour (pre-order). The Attending have covered The National, making them part of a growing group of post-hardcore bands taking influence from that band. But the band who sounds like the most direct comparison for The Attending is Cursive. Their knack for haunting dramatic rock and frequent dynamic shifts are all over this record. You can get a taste for yourself from new single "No Gospel," which premieres below.

The album was recorded by the band with help from Todd Mackey, who sang in With Honor and played guitar in Life In Your Way, the latter of which Corey from The Attending was briefly in too. Defeater guitarist Jay Maas mixed and mastered it. About the album, Corey said:

The record is about dealing with the loss of my best friend a few years ago. This song in particular is about when you feel like you have lost everything, it gives you an excuse to not treat other people in your life as you should. I guess you can lean into that, and reap the consequences or crawl out of it if possible. This one is more about leaning into it. For better or worse. Usually worse.

The band's only upcoming date at the moment is opening the Boston stop of the La Dispute / Title Fight tour. Stream the new single, with the album tracklist, below...

Deep Peace of the Singing Earth Tracklist:
1. Picking Up Speed
2. Not the Books to Read
3. Black-Fantasy Guitar
4. No Gospel
5. Leaning Backwards
6. Neighbor's Lawn
7. All Their Sprouted Grains
8. From The Clouds
9. You've Known It All Your Life
10. Cash