DOWNLOAD: The Autumn Defense - Back of My Mind (MP3) 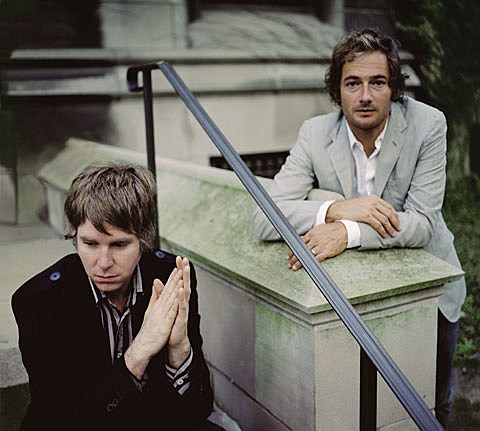 Jeff Tweedy isn't the only member of Wilco playing Bowery Ballroom on December 4th (TICKETS ON SALE AT NOON). The Autumn Defense are opening the show which means there will be a minimum of three Wilco members in the house that night since The Autumn Defense is a side project of both John Stirratt and Pat Sansone. They're also opening for Jeff on December 6th in Tarrytown and Dec 8th in Charlottesville.

December isn't that far away, but the Autumn Defense are also playing other shows even sooner. They release a new album called Once Around via Yep Roc on November 2nd, and they go on a tour to support the LP that same month. That trek brings them to Le Poisson Rouge in NYC on November 12th, and that night they are the headliner. Johnny Irion & Sarah Guthrie are also on the bill. Tickets are on sale.

Grab an MP3 from their new album, "Back of My Mind", above for free. All Autumn Defense tour dates below...