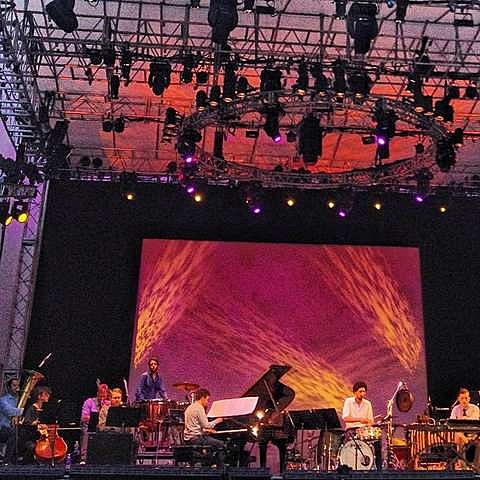 The Bad Plus played a free show as part of Lincoln Center Out of Doors last week (8/2) with the Brandt Brauer Frick Ensemble, who were making their US debut at the show. The BBF Trio, who played Santos the next night (8/3), have played here before. The two shows took place on the German ensemble's way to Montreal for Osheaga, which they played on Saturday (8/4). Check out a video of BBF at Lincoln Center below.

Meanwhile, The Bad Plus just announed two NYC club dates that will take place this September. They play Mercury Lounge on September 25 and Music Hall of Williamsburg on September 26. Tickets for both shows go on sale Friday (8/10) at noon with an AmEx presale starting Wednesday (8/8) at noon.

A list of all Bad Plus dates and the Brandt Brauer Frick video below...