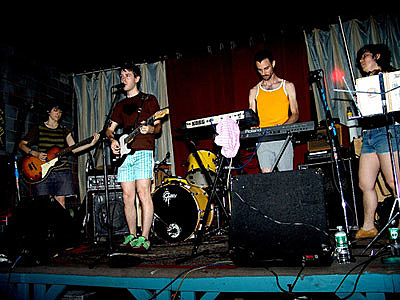 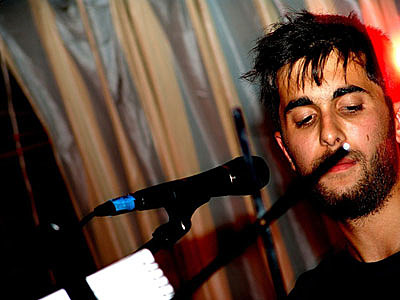 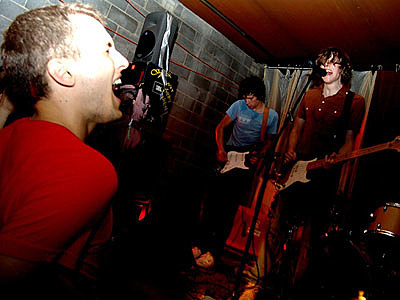 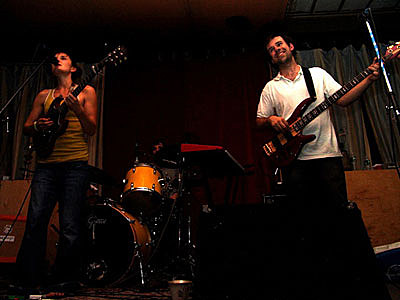 Thanks to everyone who attended, played, DJd, did sound, provided the venue, worked the bar, guarded the door, etc... It was a great night. Thanks to Bao Nguyen for being the official show photographer. The rest of his pics are up on Flickr.

One of the biggest highlights of the evening for me was watching Tokyo Police Club deliver their strongest performance I've seen yet (3rd time I've seen them). They seemed to be more in their element, and the crowd was really into it.....except Ryspace who was pissed he missed part of Ramesh's set. He has a recap and audio from the evening.

Sweatermusic said TPC were just what they were "looking for to forget the sweaty garage and rock".

" it was just really good, really solid, serious (and seriously good at grit and minors) sort of rock, solid the way its hard-but-fun to pick a single off a really excellent album, solid the way it platonically Should Be, you know, right." [if.so]

WesX3 said, "The Ballet was good. There were no stage lights in this venue so that was a bit odd but fitting to their hushed but zippy music." Bed for the scraping agrees that "it was really dark in there".

"The music was great with Land of Talk being my favorite of the night." [Wes wrote another nice recap]