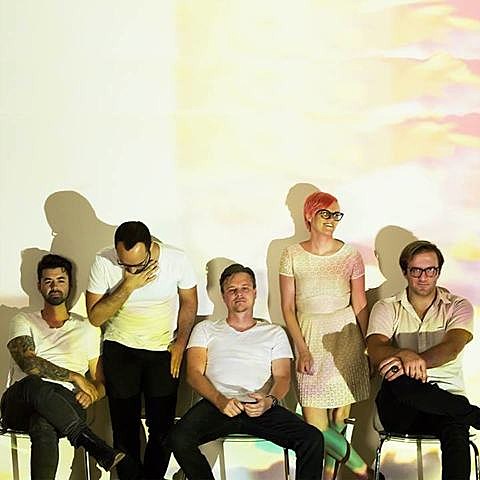 Florida's The Band in Heaven released their debut album, Caught in a Summer Swell, today (9/17). It's a lovely collection of dreampop that should interest fans of late '80s Creation records, '90s-era Slumberland Records and jangly, effects-laden guitars in general. You can stream the album below. We've also got the premiere of the video for "Fairweather Friends" which you can watch in this post as well.

With the album out, The Band in Heaven will be heading back to NYC for CMJ including shows at Parkside Lounge on October 17 with Ski Lodge and Wake Up, and October 18 at ping pong club Spin with Wake Up, Germans, Memoryy, Silverbird and The Dewars. Look for more CMJ dates as we get closer to the fest.

All tour dates are listed, along with the album and video streams, below...

The Band in Heaven - Fairweather Friends