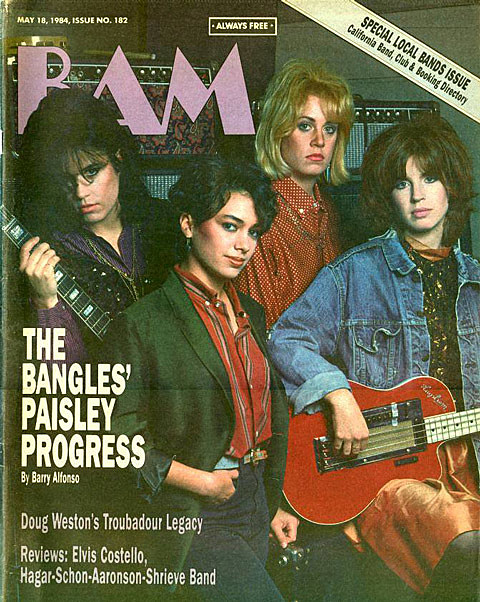 The Bangles reformed in the early '00s and have been going ever since (though Michael Steele bowed out of the band in 2005), most recently releasing Sweetheart Of The Sun in 2011. Their terrific 1982 debut EP is getting reissued soon with bonus tracks from the era so keep an eye out for that. Meanwhile, Susannah Hoffs, and sisters Vicki and Debbi Peterson continue to tour and will play two nights at NYC's City Winery on October 6 & 7. Tickets for thsoe shows are on sale now. All tour dates are listed below.

While some associate The Bangles with the silly but fun "Walk Like an Egyptian" and shmaltzy "Eternal Flame," the band got their start -- when they were just called The Bangs (as in Lester) -- as part of LA's early-'80s Paisley Underground scene that spawned Dream Syndicate, Rain Parade, and The Three O'Clock. All four members wrote and sang, and they have exceptional taste in covers -- a lot of people first heard Big Star's "September Gurls" as The Bangles' version on 1984's All Over the Place. Song streams and videos below...

The Bangles - Hero Takes A Fall

The Bangles - Hero Takes A Fall (on Letterman)

The Bangles - Going Down To Liverpool