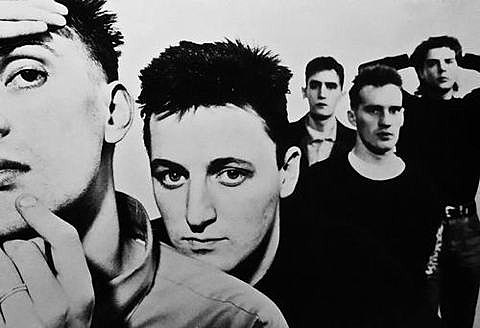 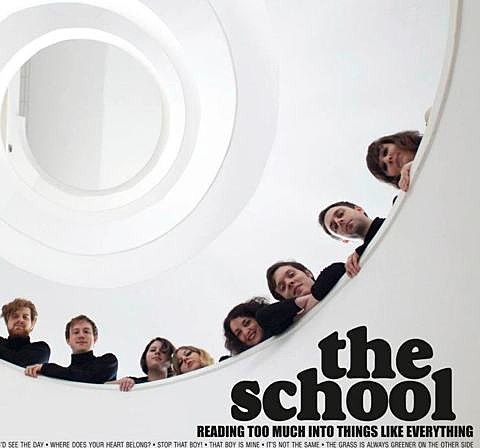 We already knew that The Monochrome Set would be performing at this year's NYC Popfest (May 30 - June 2) but now the rest of the line-up has been announced and it's pretty great with appearances from New Zealand Flying Nun legends The Bats, two bands who featured on NME's legendary C-86 cassette (Scotland's Close Lobsters [!] and London's The Wolfhounds), and long-running California band The Orange Peels; plus newer bands like Wales' The School, UK group Flowers, Hobbes Fanclub and Tigercats, Sweden's Alpaca Sport and Azur Blue, Norway's Making Marks, and Spain's Zipper; and American groups Ringo Deathstarr, Math & Physics Club, Literature, Ski Lodge and more.

I'm particularly excited for Close Lobsters whose debut album Foxheads Stalk This Land is a big favorite of mine. (You can stream it below.) I don't think they've played here in 25 years. Also exciting is the return of The Bats who haven't played NYC since 2006. The band, which features The Clean's Robert Scott, have an amazing cannon of work, including classic albums like Daddy's Highway, 1989's The Law of Things and, most recently, 2011's Free All Monsters.

Alpaca Sports, Azure Blue, Flowers, French Films, Hobbes Fanclub, Tigercats, and Zipper are all making their first U.S. visits for Popfest. NYC Popfest has created a Spotify playlist with all the bands playing this year and made a downloadable mix which you can grab at the top of this post.

Festival passes are on sale now and tickets to individual shows will be on sale later this week. Venues and individual line-ups stil to come, but full band list, flyer and a few videos are below.

The Bats - "North by North" 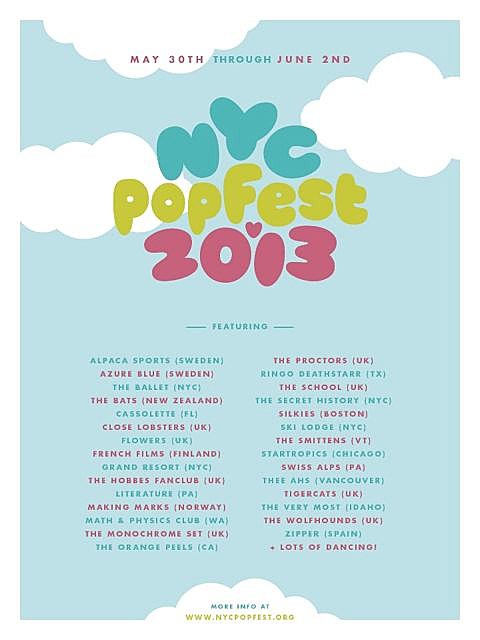