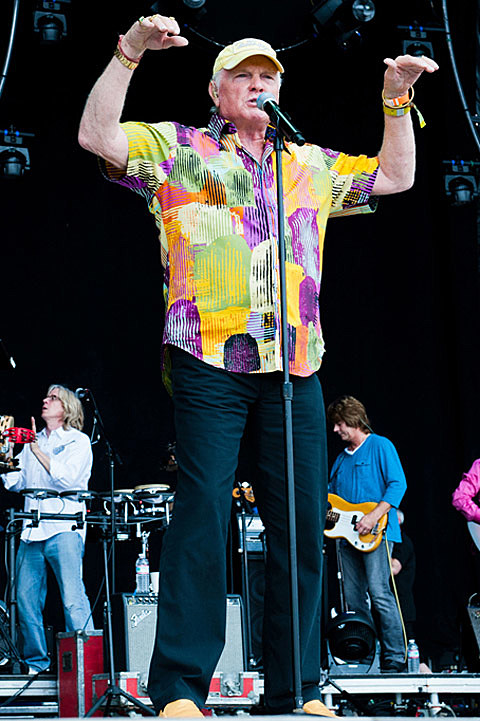 " The band has a treasure trove of outright classics, and they performed what felt like all of them during their Sunday afternoon set. "Surfer Girl," "Barbara Ann," "Wouldn't It Be Nice," "Sloop John B," "Surfin' Safari," even "Kokomo" -- you name it, they probably played it. While that wasn't inherently surprising, what came as a bit of a shock was how fresh the band sounded -- even if its elder members didn't look the part -- both on their classics and on tunes from their recently released reunion LP, "That's Why God Made the Radio." Brian Wilson's presence is what makes this reunion so successful, but onstage he looked like the Queen of England, sitting idly behind a grand piano and taking the occasional vocal lead; Mike Love, meanwhile, seemed to be the main Beach Boy behind the wheel. Taken together with the afternoon's balmy weather and the day-in-the-park vibe of festivalgoers knocking around beach balls and splaying out on towels, the group's sublime set was just the thing for a lazy, hungover Sunday." [Rolling Stone / CNN]

The reunited Beach Boys (Brian Wilson, Mike Love, Al Jardine, Bruce Johnston and David Marks), on a tour that also brought them to Chicago and NYC's Beeacon Theater recently, played Bonnaroo on Sunday (6/10). Our pictures from their 3pm Tennesee set are in this post (with the rest of our Sunday Bonnaroo pics coming shortly. Saturday can be seen HERE.)

If you're in NYC and can't wait to see the band live at PNC Bank Arts Center or Jones Beach, don't forget you can catch them EARLY FRIDAY MORNING in Central Park courtesy of Good Morning America (free and also being televised).

More pictures from Bonnaroo, their 31 song setlist, and the new album stream, below... 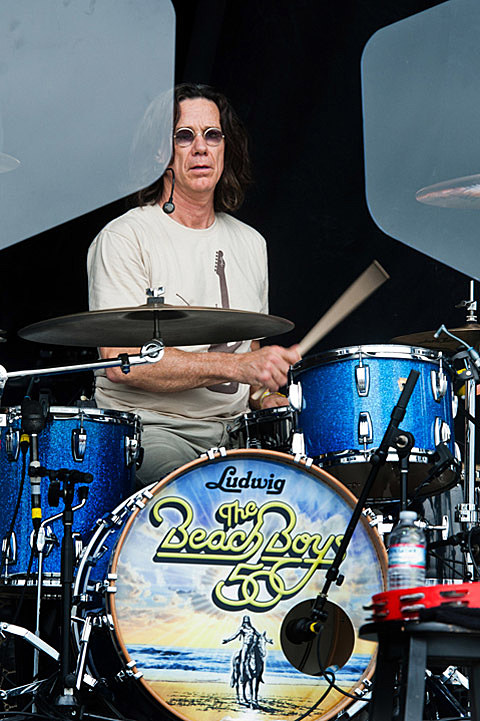 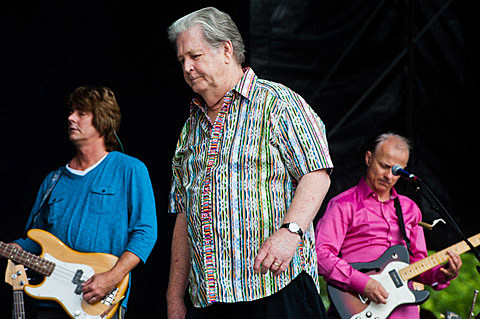 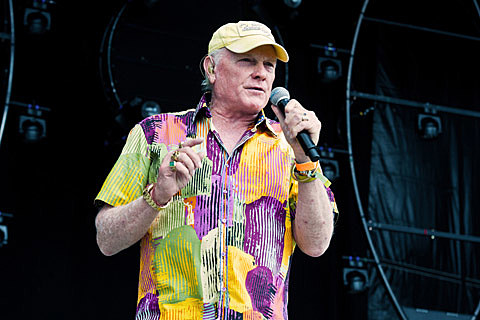 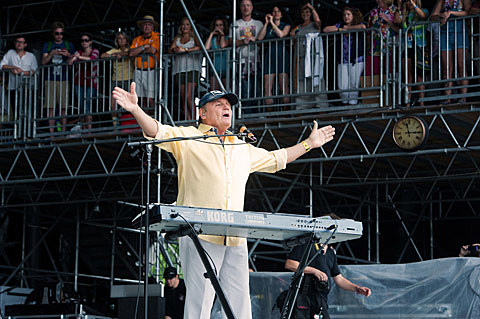 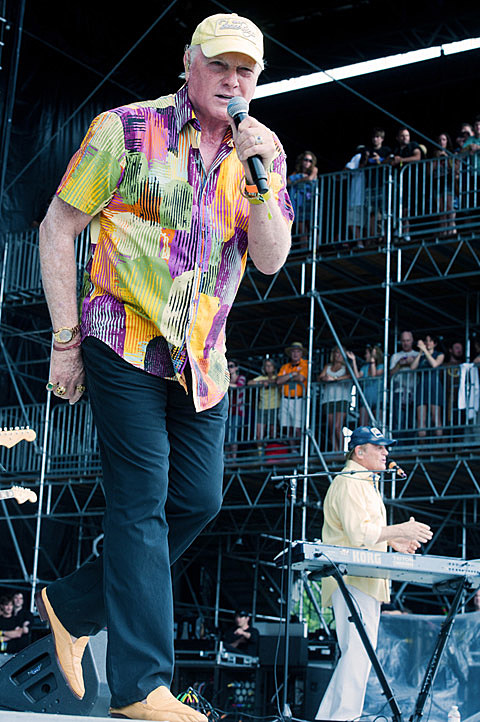 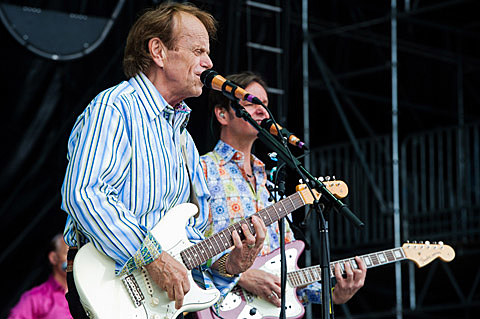 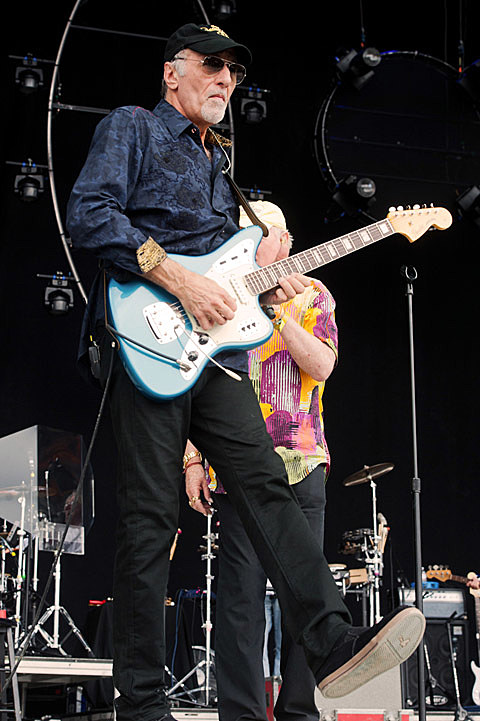 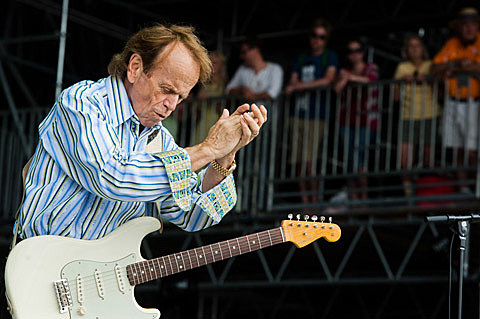 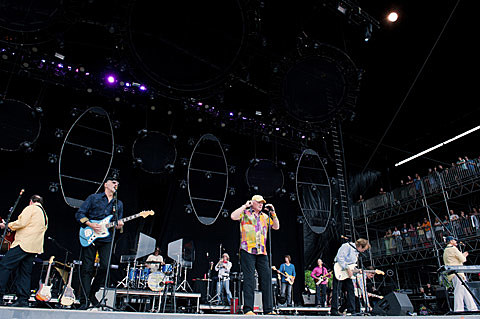 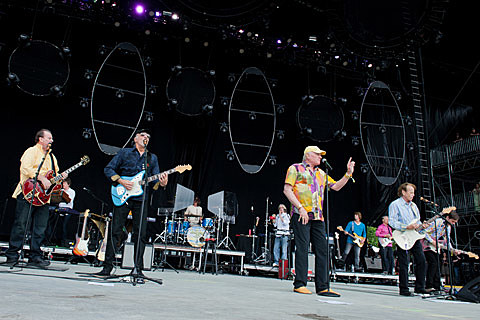 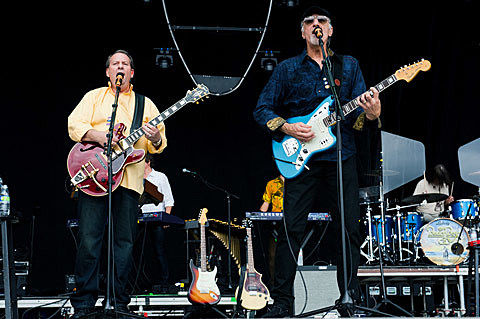 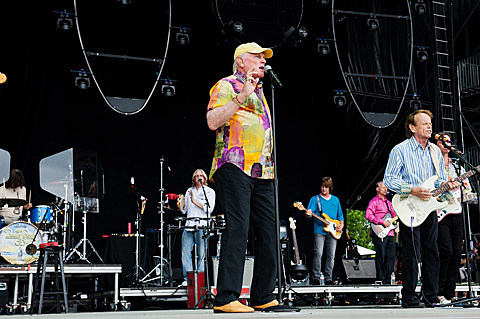 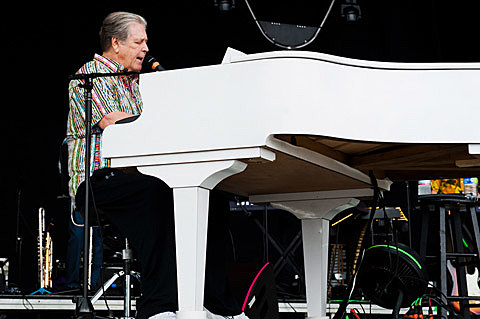 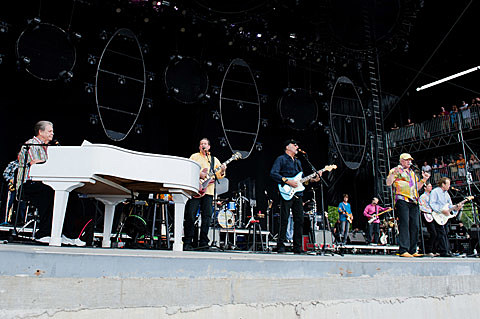 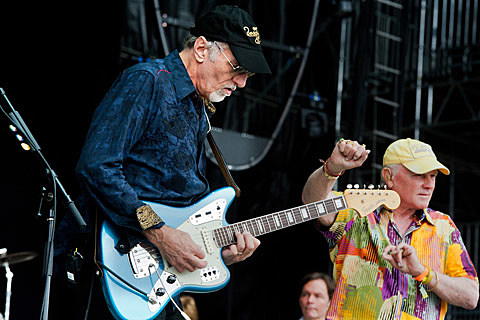 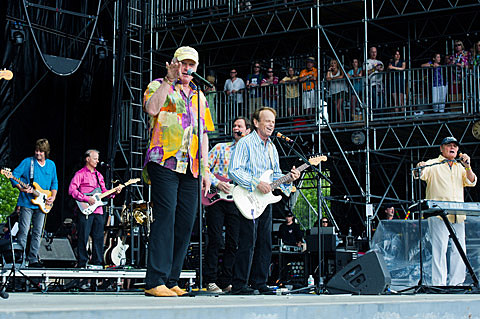 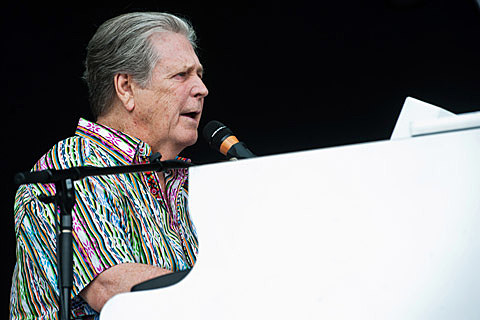 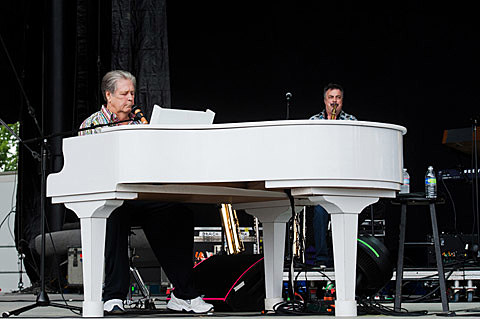 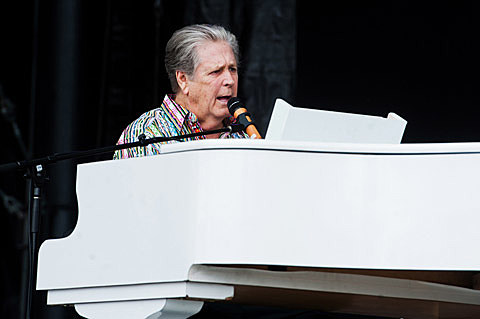 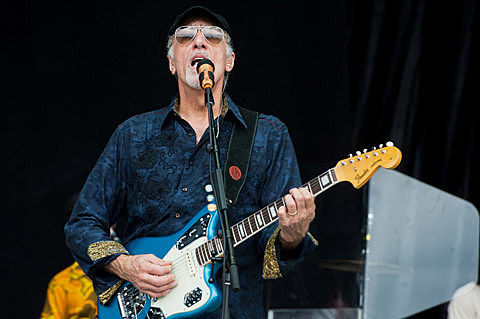 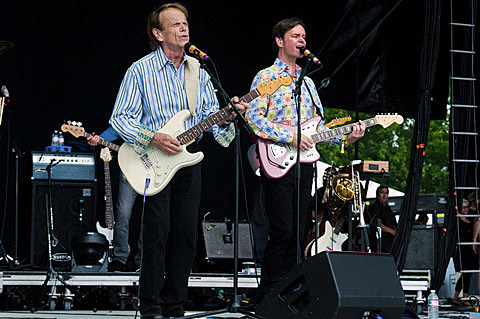 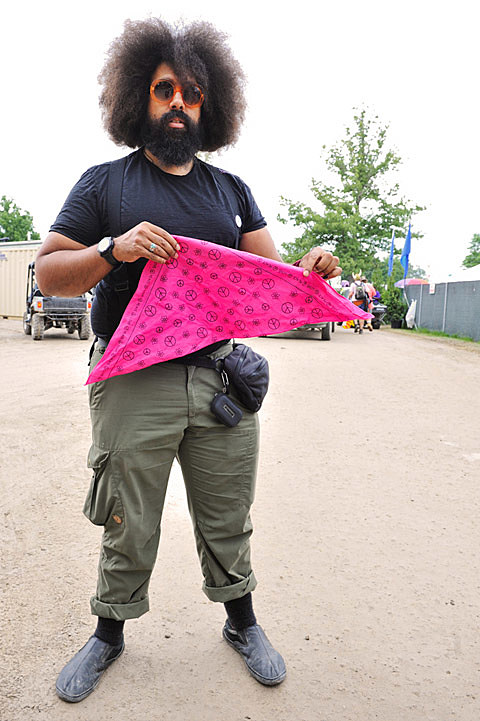 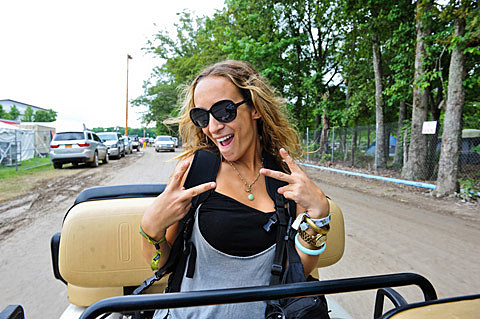 Beach Boys Bonnaroo setlist
Do It Again
Little Honda
Catch a Wave
It's OK
Surfin' Safari
Surfer Girl
Then I Kissed Her (The Crystals cover)
Isn't It Time
Why Do Fools Fall in Love (Frankie Lymon & The Teenagers cover)
When I Grow Up (to Be a Man)
Cotton Fields (Lead Belly cover)
Be True to Your School
Don't Worry Baby
Little Deuce Coupe
409
Shut Down
I Get Around
That's Why God Made the Radio
Heroes and Villains
Sail on, Sailor
Sloop John B
Wouldn't It Be Nice
God Only Knows
Good Vibrations
California Girls
Help Me, Rhonda
Rock and Roll Music (Chuck Berry cover)
Surfin' USA
Kokomo
Barbara Ann (The Regents cover)
Fun, Fun, Fun