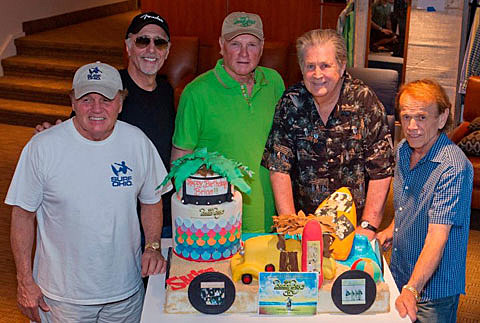 As we mentioned yesterday, June 20 was Brian Wilson's 70th birthday. Happy birthday again Brian! The band celebrated backstage at a show in Montreal as you can see in the picture above (a bigger shot of the cake is below).

How does Wilson feel about turning 70?

"Are you kidding?" he tells Rolling Stone. "I feel great! I don't think I look or act 70. I feel more like I'm in my mid-forties."

Wilson celebrated with a party backstage during a tour stop at Montreal's Bell Centre, where he was gifted with a cake resembling the album cover to the Beach Boys' new LP, That's Why God Made The Radio. As the audience broke into "Happy Birthday," balloons sent by Wilson's wife surrounded him onstage. Earlier that day, Wilson received a call from his old buddy Paul McCartney, who celebrated his own 70th birthday two days earlier. "[Paul] said, 'Happy birthday, friend!" Wilson says. "I said, 'Happy birthday to you, Paul.' He told me he was headed into Abbey Road. I told him we were on our way to Montreal. I think he said something like, 'Can you believe we made it this far?' It was very pleasant and sweet.'

The Beach Boys are now on tour and will be hitting PNC Bank Arts Center and Jones Beach soon. Watch video of them playing Good Morning America in Central Park last week (did you go?), and more, below... 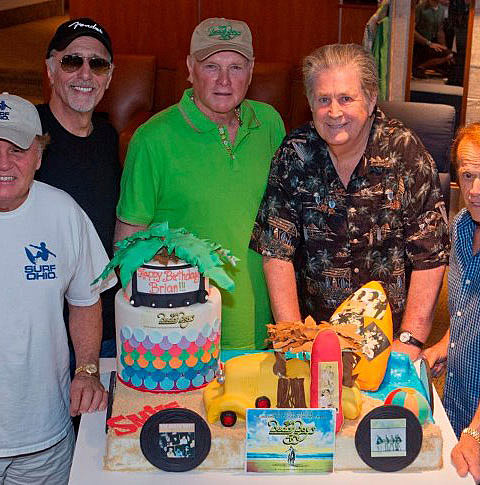